Ever since Andrew Wiggins entered the NBA in 2014 after his freshman year at Kansas, the 22-year-old has been one of the best young players in the league. And in a season in which many expect his team, the Minnesota Timberwolves, to be one of the most improved teams in the league, the Wolves have signed the rising star to a long term extension.

Andrew Wiggins signed a 5-year, $146.5 million max contract extension with the Wolves that will have him locked in until 2023. The contract is a straight five-year deal that does not include a player option. Despite signing the contract this week, the Wolves offered him the extension back in August. A part of why the deal took so long to get done is because Wiggins decided to fire his longtime agent Billy Duffy shortly after the team offered him the contract, essentially opting to sign the contract without an agent. 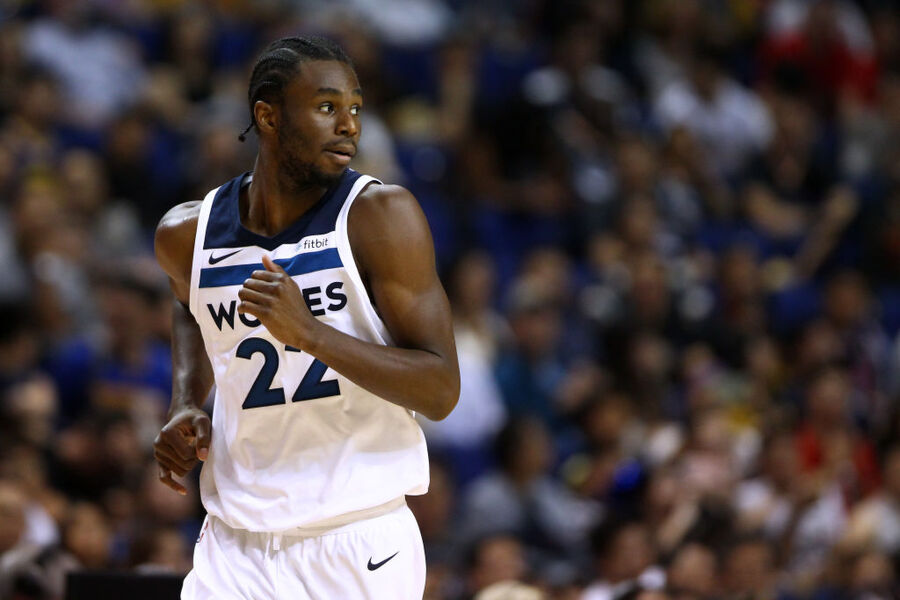 When talking about the deal and why he signed it, Wiggins said, "I like everyone from the trainers to the coaches to the front office, my teammates… I love everybody. They've treated me with nothing but nice since I got here. And they were the first people who gave me the opportunity to play in the NBA after I got traded from Cleveland and they welcomed me with open arms. So this is where I wanted to be at."

Wiggins, who averaged 23.6 points per game last season, was slated to become a free agent at the end of the upcoming season, and would have likely had a bevy of teams competing to acquire his services, so it isn't a surprise that the Timberwolves had a desire to lock him up before that happened. Wiggins will be a major part of a Timberwolves team that already had Karl Anthony-Towns, and has added major talent to its roster, including players such as Jimmy Butler, Jeff Teague, Jamal Crawford, and Taj Gibson. They will look to end the team's 13-season playoff drought, the longest playoff drought in the NBA.