Earlier this year, Golden State Warriors forward Andrew Wiggins was among a handful of players who planned to forgo receiving a COVID-19 vaccination.

Thanks to rules in San Francisco, unvaccinated players for the Warriors wouldn't be able to participate in home games. That meant Wiggins would have had to skip half of his team's games if he remained unvaccinated, a move that could have cost him close to $9 million this year, and potentially more in future seasons.

So, to not lose all of that money, Wiggins reluctantly made the decision to get vaccinated. It came down to a matter of money. And not just a little bit of money. Wiggins is on a mission to create generational wealth for his family. 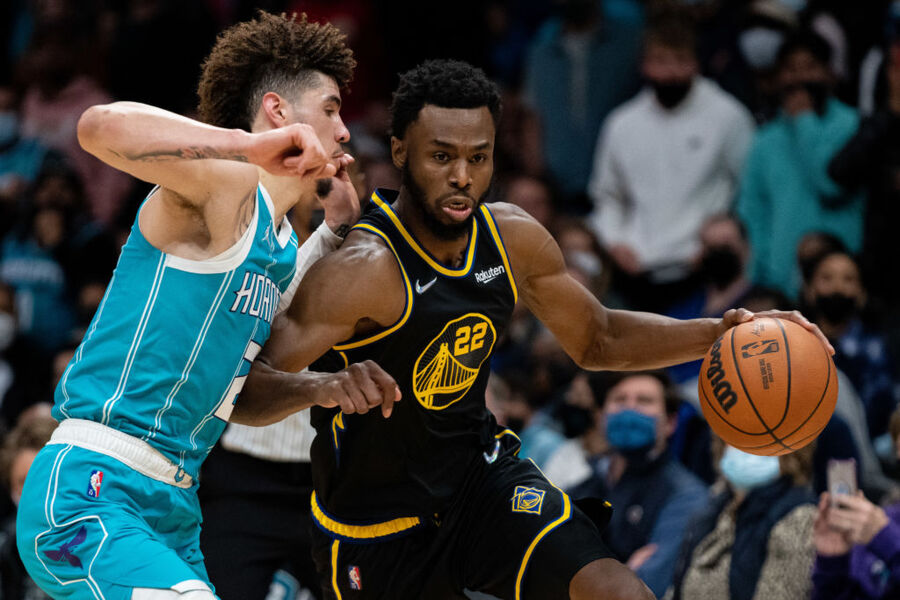 When asked about decision, Wiggins stated:

"It's not really something we believe in as a family. They know that I had to. It came down to get the vaccination or don't play basketball. I'm 26. I have two kids. I want more kids. I'm trying to do something that will generate as much money as I can for my kids and my future kids, [create] generational wealth. So, I took the gamble, took the risk, and hopefully, I'm good."

Wiggins said he previously contracted COVID-19, claiming the experience "wasn't too bad." He also noted he had an allergic reaction a couple of years ago, which has forced him to carry an EpiPen.

Of his family, Wiggins stated he is the only one who's vaccinated. He routinely hinted he thinks there may be possible long-term effects of the vaccine, but he's putting those fears to the side for his family.

And it could lead to millions of dollars. Wiggins has already made $107.3 million for his career and is due more than $65 million over the next two seasons.

By the time this contract is done, Wiggins will only be 28 years old. He's currently shooting the best field goal percentage of his career, and surrounded by talent in Golden State, he's putting up solid numbers, albeit in fewer minutes per game than he's ever played.

It's possible Wiggins could receive another max contract like he did from the Timberwolves back in 2018. But even if he doesn't, he's got a very good shot at scoring one or two more nine-figure contracts for his career.

Barring injury, Wiggins is likely on track for at least another $150 to $200 million before his career is up. With endorsements, by the time he retires Andrew could easily have earned more than $400 million in total career earnings. Even after taxes and lifestyle costs, there should be plenty of money leftover for his kids and grandkids!