Andrew Luck shocked the NFL world by announcing his retirement less than two weeks before the start of the season. The 29-year-old quarterback suffered from myriad injuries over the course of his career, but returned last season and put up his most impressive numbers to date.

As it turns out, those were the last passes Luck will throw in the NFL. And that's a troubling sign for the league.

Luck told reporters that his injuries had "taken my joy away from the game." His most recent ailment was a mysterious calf injury that he could never quite overcome. The Colts believed he'd be back in time for Week 1, but Luck didn't feel comfortable on it, both physically and mentally.

» a lacerated kidney that left him peeing blood

» a torn labrum in his throwing shoulder

» and this mysterious calf/ankle issue that led to this

Luck still had money and years left on his current deal, and the Colts could have collected on the bonuses from that contract. Under the CBA, they could have made Luck pay back $24.8 million. Instead, they're letting him keep it all.

During a press conference, Colts owner Jim Irsay made a shocking announcement of his own: that Luck could perhaps be missing out on half a billion dollars by retiring early.

It's common for owners to wildly speculate and exaggerate when talking about their players. But Irsay's estimate isn't that far off. 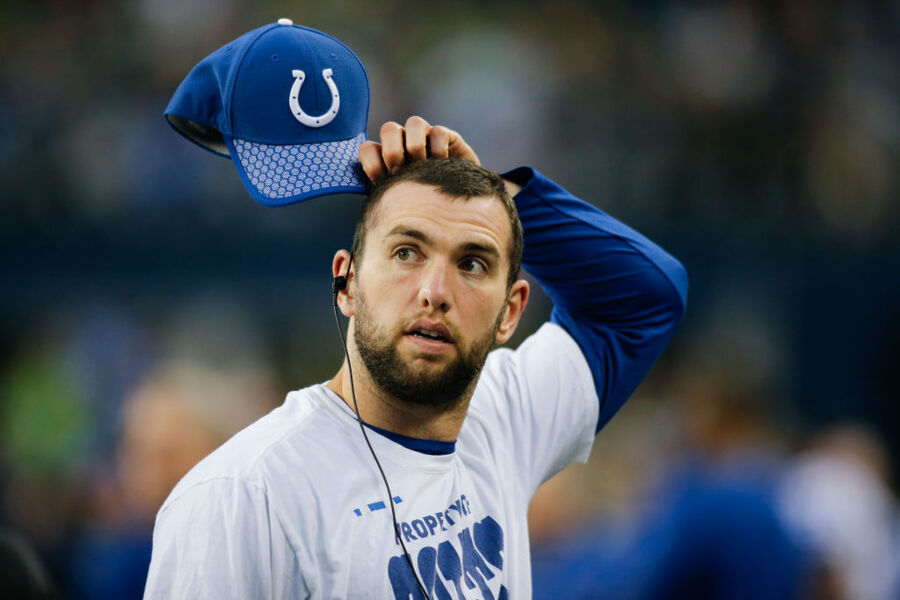 Luck, who made $97 million in his seven-year career, still had three years and $65 million remaining on his current deal.

He'd be 32 at the end of that contract, and he could still sign two more big deals. That's not even entirely unreasonable, as quarterbacks continue to increase in value. Patrick Mahomes will likely earn a contract worth more than $40 million per year.

If Luck stayed healthy, he could easily do likewise – especially several years down the line when $40 million annually wouldn't seem like an enormous amount.

Luck did call his decision the hardest one of his life. But the fact that a 29-year-old in the prime of his career – albeit an oft-injured career – would rather call it quits than continue playing football is a troubling sign for the sport.

Though Luck may be the most prolific athlete to retire with seemingly plenty of great years ahead of him, he's hardly the first.

The Detroit Lions saw both Barry Sanders and Calvin Johnson hang up their cleats when they were playing some of their best football. Former Baltimore Ravens tackle Eugene Monroe retired at age 29 with concerns over head injuries. Former Pittsburgh Steelers running back Rashard Mendenhall left the sport at age 26, saying he didn't want to play the sport anymore. Linebacker Chris Borland left the San Francisco 49ers after a solid rookie season, worried about the potential long-term effects of playing football.

Other quarterbacks have retired thanks to lingering injuries. Jake Locker, who only played 30 games in four years, retired at age 27, citing a lack of desire. Jake Plummer retired at age 33, becoming an avid player of four-wall handball instead of a signal caller.

Luck's retirement won't be the last case of a player walking away at a young age, but it might be the most high-profile yet. If he can find joy off the field, more power to him.

That he's willing to walk away from half a billion dollars to find that joy should be extremely troubling to the NFL.