To say that Andre Roberson isn't one of the most high-profile players in the NBA may be an understatement. The 25-year-old is coming off of his fourth season in the NBA, and plays for the Oklahoma City Thunder, alongside league MVP Russell Westbrook. Despite having career averages of just 4.5 points, 3.9 rebounds, .8 assists per game, and boasting one of the worst free throw and three point shooting percentages in the league, Roberson signed a three-year, $30 million deal with the Thunder last week, boosting his salary to an average of $10 million annually after making just over $2 million last year. You would think that, having just signed a new contract, Roberson would be super generous with his newfound wealth. Well, it turns out that he may still pinching pennies, after a disgruntled bartender aired the Thunder forward on social media last week.

Andre Roberson has received a large amount of criticism for his alleged tipping (or lack thereof) of a bartender at a restaurant in Austin, Texas last week. David Rodriguez, a bartender at the restaurant, posted a photo of Roberson's bill on Twitter last week with the caption: @FlyDre21 get paid 30 million for 3 years and tips this!!! Your [sic] trash!!!" The bill showed that Roberson bought $487.13 worth of items (which turned out to be a $487 bottle of alcohol) yet tipped $13.97 – much less than the standard 15-20 percent tip often made at restaurants/bars.

Rodriguez's tweet went viral, which compelled Roberson to respond to the tweet. Roberson tweeted: "Shouldn't have had to tip you it was just a bottle at a bar … there was no service… now I can see if it was a club! You Reaching bro," he wrote. Roughly an hour after tweeting his response to the backlash on Twitter, he asked how his teammates Steven Adams and Enes Kanter were doing. Adams replied: "We out here tipping more than $13." Kanter responded to Adams' tweet by saying, "Hahaha oh no!! Don't do that to him like that plz." 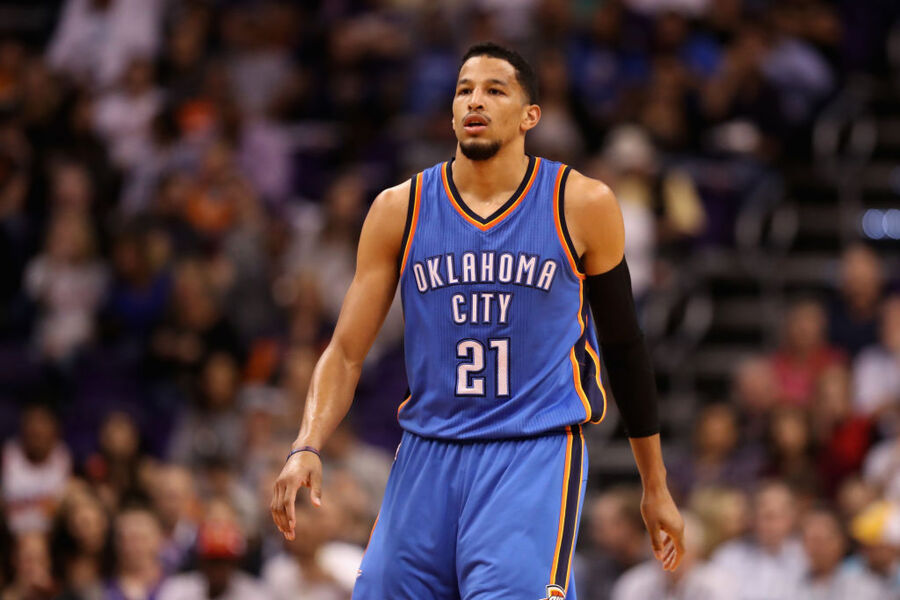 Roberson then took to Instagram to respond to the criticism. He said that the bottle he bought ranges from $84-129 retail, and was marked up to $487, which is "unbelievable" for a bar. In addition, he claims that before he ordered the bottle, he ordered a $100 tab on shots and left a $200 tip. He also said that he felt like the bartender in question was trying to "take advantage of a situation."

If Roberson's side of the story is to be believed, the $200 tip he left on the $100 bill, combined with his roughly $13 tip on the $487 bill, he actually left a 36 percent tip, which would make Roberson a great tipper.

Do you believe Roberson's side of the story?