The NFL preseason is essentially meaningless as far as standings go, but it's still important for many players in the league. While a team's firmly entrenched starters generally use preseason games to shake off a little rust and start chatting with the media again, rookies and fringe players are giving it their all to make the regular season roster.

Detroit Lions defensive lineman Kerry Hyder is one of those guys. The 25-year-old has played in only one regular season game – the final one for Detroit last year – and failed to record a tackle. Because of that, he's still looking to make an NFL roster and stick around for awhile.

Hyder hit Cincinnati Bengals quarterback A.J. McCarron in the third quarter of the Bengals' 30-14 win over the Lions back on August 18. He was called for roughing the passer, and ultimately ended up being fined $18,231, which is more than he'll make this entire preseason!

Based on the collective bargaining agreement, Hyder has yet to earn an accredited season in the NFL. Because of that, he's making just $1,000 per week during summer camp. That means his fine is about three times what he'll earn trying to land a spot on Detroit's roster over the six weeks of training camp. 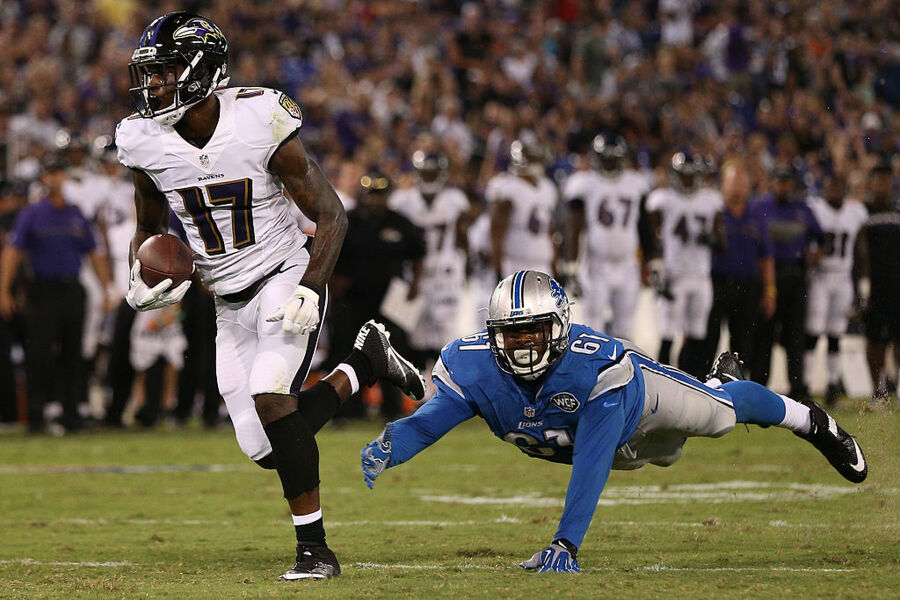 Luckily for Hyder, he can try to appeal his fine. He can point to his expected salary for the upcoming season as a reason, and he's unlikely to make the Lions roster.

The CBA has a provision for situations like this:

Hyder was on the Lions practice squad in 2015, and the New York Jets practice squad the year before that. He's competing for a lower spot on the depth chart with about five other defensive tackles.

Making the roster sure would be a nice consolation prize for losing three times his preseason pay. Especially since the Lions usually don't catch a break with penalty flags.