An Anonymous Texas Widow Just Found Out Her Husband's Card Collection Is Worth Over Six Figures!

An anonymous Texas widow is now reaping the rewards of her late husband's obsessive card collecting habit. Not long ago at a Bible study, the San Antonio native was chatting casually with a friend from the group. As it happens, that friend is the wife of a prominent card collector. The discussion naturally turned to the collection of the woman's late husband, who passed away in 2007 – a collection she had been hoping to get rid of. Why? Because it took up an entire spare room in the house.

Assuming that the collection would be inconsequential, but nonetheless willing to lend a helping hand, the collector friend offered to examine the collection for anything of value. And this Texas widow's life would never be the same.

Upon discovering a nearly complete collection of baseball cards dating back into the 1940s, containing hundreds of thousands of cards, her friend quickly dialed the number of card expert Al Crisafulli. Crisafulli, who runs the small card auction site Love of the Game Auctions, had never seen anything like this collection in his life.

"It's crazy, not like anything I've ever seen before," Crissafulli revealed to FoxNews.com. "It is easily one of the largest collections in terms of sheer volume." 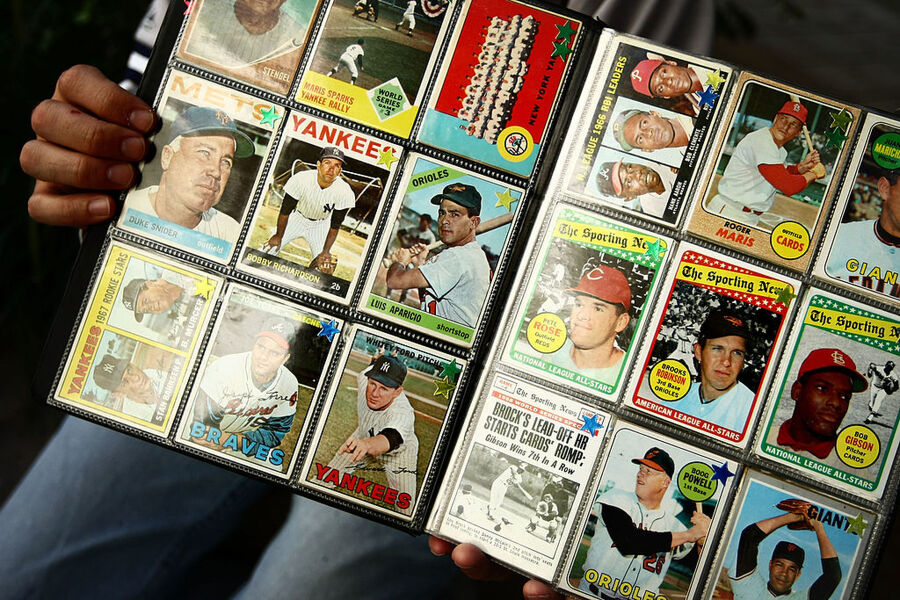 Crisafulli set aside everything he was doing, rented a U-Haul van, and drove from his hometown in New Jersey all the way to San Antonio to fill the van with cards. Upon returning home, he auctioned them off on his own website for a pretty sum of well over $100k, giving a significant percentage of the proceeds back to the woman whose husband accrued the collection.

But what is most astonishing about this collection is not its sheer size or the sum of money it gleaned at auction, but rather the fact that no one knew about it. Card collectors, particularly the most prominent ones with the most impressive collections, know each other. They travel to shows, they enter forums online, they discuss values and prices and bragging rights. Charlie Young, owner of this particular collection, did it differently.

He began back when he was just seven years old, pack by pack, card by card, building a cardboard empire. He would fill in the gaps by attending local card shows or ordering cards through the mail. And through the years, his collection was nearly perfect. He never had the cards graded by collecting experts. He never entered forums online. He never talked about his collection. He never bought a card on eBay.

"This collection was built completely independently of that, so nobody knew who this person was – it was a pretty high profile collector who referred them to me and he'd never heard of them," Crisafulli said of the collection in a conversation with The Daily Mail.

As a result of Young's scrupulous collecting, his wife is now harvesting the bountiful rewards. Perhaps we should all go and ask our relatives what kinds of riches they're hiding in the spare room…