American Pharaoh Goes Off To Stud…. Will Proceed To Earn Lots And Lots Of Money

American Pharaoh had already made history when he won the Belmont Stakes and became the first Triple Crown winner in decades, but he wasn't done racing yet. He needed to do one more thing in order to accomplish something no other horse had ever done – win the grand slam of horse racing (Kentucky Derby, Preakness Stakes, Belmont Stakes, and Breeder's Cup Classic).

He did just that on Halloween, beating the competition by 6 ½ lengths for his ninth win in 11 races.

While the thrill of victory had to be sweet to his owners at Zayat Stables, they probably liked another record he set even more. The purse from the Breeder's Cup brought his season earnings up to $8,288,800 setting a new single season mark for a North American horse. 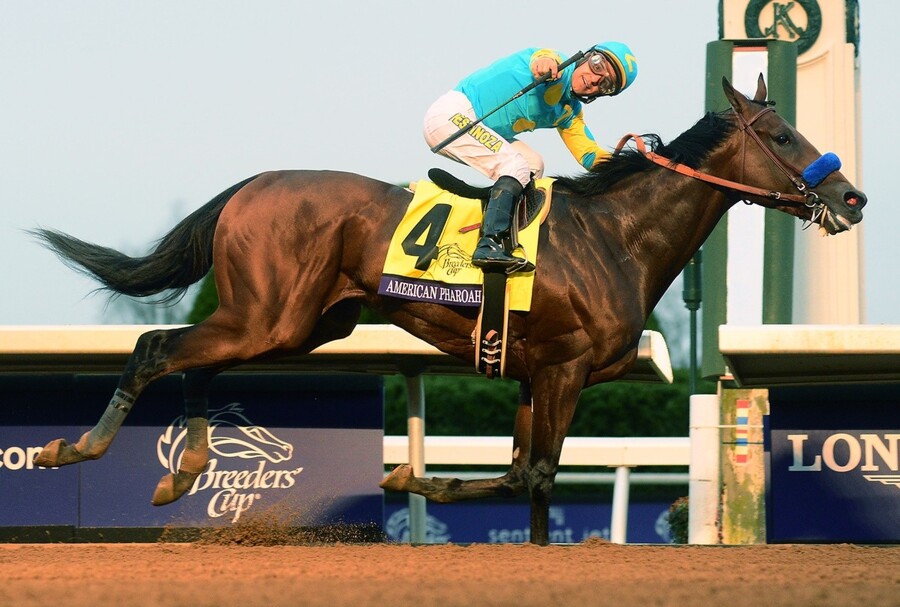 His earnings from the track stand to pale in comparison to what he will earn as a stud now that he has finally retired.

So what kind of money are we talking about just for American Pharaoh to reproduce? He could cover (polite term for horse sex) anywhere from 100-400 mares next year when he gets put to work out on the farm at Ashford Stud.

They plan on starting him in the spring. For the next few months he is just going to hang out with his mentor, former Kentucky Derby winner Thunder Gulch. Yes, studs have mentors (basically to teach him how to adjust to life on the ranch).

The stud fee could very well chance over the years. It all depends on how well his offspring perform in races. Tapit, who was not very successful on the track himself with barely over $500,000 in career earnings, saw his stud fee go from $150,000 in 2014 to $300,000 in 2015 because his progeny were performing so well in races.

So if you believe in reincarnation, it sounds like coming back as a race horse would not be a bad thing.