Most of the people who have heard of Olympic runner Nick Symmonds know him as a former boyfriend of Paris Hilton. The few that do know him as something else are probably track & field fans (yes, they exist). He is a two-time Olympian and a 6-time U.S. 800-meter champion.

For the right price, he will advertise your business on his shoulder with a tattoo for the 2016 track & field season. Is he crazy?

Not at all. Since athletes have to cover the majority of their expenses, you can't blame a guy for finding a creative way to raise money. It worked pretty well for him back in 2012. The highest bid was $11,100, from Hanson Dodge Creative in Milwaukee. 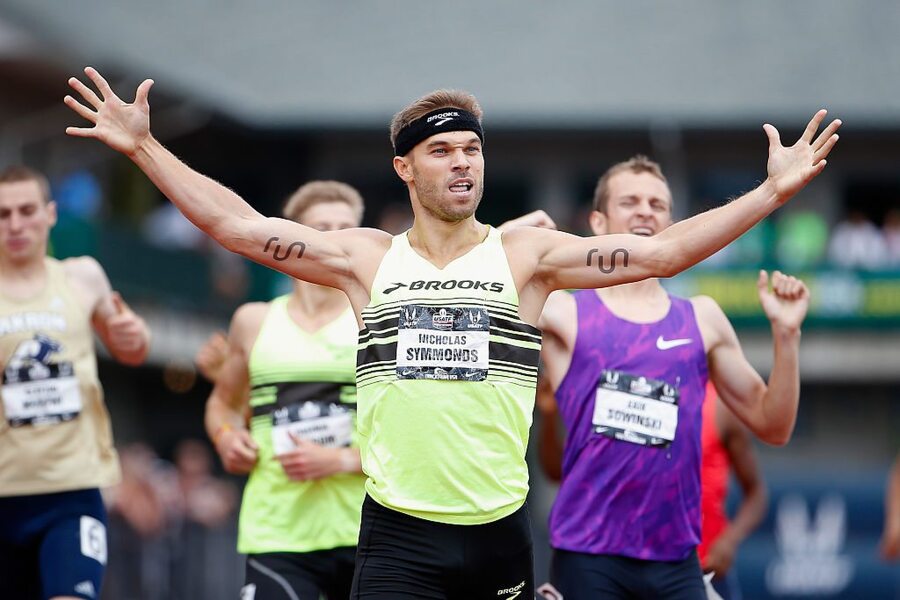 The auction ended May 5 with a high bid of $21,800 placed by T-Mobile CEO John Legere. He has posted a poll to Twitter asking for opinions on what the tattoo should be – but will it be worth it?

According to a representative from the company that won the auction the first time around, it will.

"Winning Nick's auction for arm space in the 2012 Olympics was a unique PR opportunity that more than paid off. It allowed Hanson Dodge Creative to partner with a world-class athlete to raise awareness for a cause we both believe in – athletes' sponsorship rights – and generated national coverage that continues to benefit HDC in 2016."

Symmonds has not made the Olympic squad yet, but he will have the tattoo for the duration of the track season starting on May 14 in Shanghai and ending with the Summer Games in Rio (assuming he makes the squad).

Symmonds has gone toe to toe with the USATF in the past over sponsor-related issues. He ended up being left off the team for the World Championships in Beijing because he refused to sign the statement of conditions that they required. Had Symmonds done so, he would have been required to wear Nike gear. He feared signing the document would violate the endorsement deal he had just signed with Brooks Running.

He and his company, Run Gum, are currently engaged in a lawsuit against the USATF and the U.S. Olympic Committee. He is accusing them of violating the Sherman Anti-Trust Act by restricting how athlete's sponsors can advertise.

"We are simply looking to level the playing field," Symmonds said in a press release. "It is completely illogical and unfair to allow a very small sector of the market to have total control over the advertising space on an athlete's competition uniform."

Some guidelines are necessary to keep people from doing anything too crazy, but since athletes have to cover the vast majority of expenses on their own, you would think the USOC and USATF would not stand in the way. Training costs can easily average as much as $15,000 a year.

According to an article in the New York Times, the parents of swimmer Missy Franklin spent upward of $100,000 on her training back in 2012.

If winning meant they had a life of fame and wealth ahead of them you could call it the cost of doing business, but the vast majority do not. Participating in the Olympics is not about money. It's about love for one's country.