The Amazing Story Of How Brad Stevens Went From Making $18,000 A Year To The NBA Finals

If you're surprised by the success of the Boston Celtics over the past few years, you probably haven't been paying much attention to Brad Stevens. The Celtics head coach has led a team full of good to great players to the championship contenders – and he's done it this year with two of his star players sidelined by injury.

Of course, great coaching is hardly new to Stevens. But his journey to the NBA certainly had its share of struggles – he once was a lowly college assistant making just $18,000 a year.

Stevens was a star on his high school team in Zionsville, Indiana. He set four school records at Zionsville Community High School, but only received one Division I offer. He opted to play at DePauw University, a Division III school. In addition to making the all-conference team multiple times, he was a three-time Academic All-America nominee.

His time at DePauw wasn't easy – Stevens averaged just five points a game and came off the bench. After graduating, he accepted a job at pharmaceutical company Eli Lilly, but couldn't stay away from basketball for long. 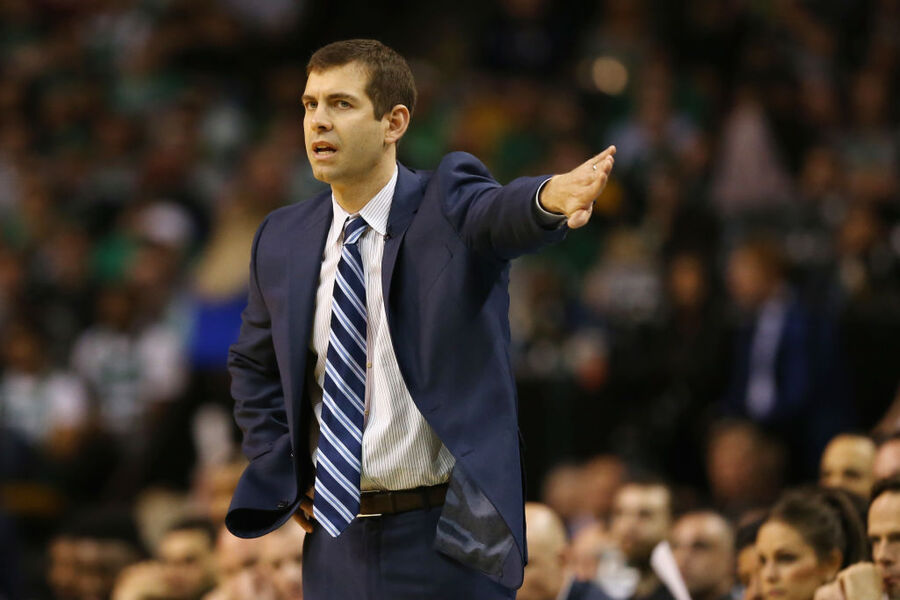 Stevens quit Eli Lilly to volunteer at Butler University for the 2000-01 season. While volunteering, Stevens took a job at Applebee's to help pay the bills. He ended up being promoted after another assistant coach was fired.

During his early years at Butler, Stevens spent 14-hour days logging defensive tendencies of both his Butler and opposing players. He called it one of the most enjoyable times he's ever had in his life.

Then, in 2007, Stevens caught his big break – then head-coach, Todd Lickliter, left to coach the Iowa Hawkeyes. Stevens was promoted to head coach…and promptly led the Bulldogs to a 30-4 record.

Stevens was twice named Horizon League Coach of the Year and led the Bulldogs on a magical run to the NCAA championship game in 2010. Gordon Hayward's three-pointer from halfcourt just missed – and Butler lost to Duke, 61-59.

The following season, Butler found itself right back in the championship game. The Bulldogs again lost, this time to UConn, but Stevens was still instrumental in the team's 61-15 record over that two-year span.

Stevens ultimately coached five years at Butler, making a reported $750,000 during the 2010 season. Other schools tried to lure him away, with UCLA offering a $3 million per year deal. But Stevens never left the school that had given him his first coaching chance…until the NBA came calling, of course.

The Celtics signed Stevens to a six-year, $22 million contract in 2013. After a 25-57 season in his first year in Boston, Stevens has now led the Celtics to four straight postseason appearances.

It's all the more impressive that he's typically done it without star players. Both Kyrie Irving and Gordon Hayward will miss the entire postseason – Hayward only played in a few minutes of one game all year – and the Celtics roster is loaded with young, inexperienced players. That hasn't stopped them from rolling through the Eastern Conference playoffs.

Then again, Stevens has been one of the most impressive coaches in either college or the pros over the past decade. We really shouldn't doubt his ability to get the most out of his team.

And now, he's within reach of the team's first title in a decade. Not bad for a former volunteer assistant.