Amateur Golfer Lee McCoy Turns Down $292,000 So He Can Finish His Senior Season In College

Not too many people could do what Lee McCoy did recently. The University of Georgia senior got to play in the Valspar Championship at the Innisbrook Resort in Palm Harbor, Florida.

As an amateur, playing with professionals, it would not have been surprising if he had faltered under the pressure, but he didn't. He played well – so well, in fact, that on the final day of the tournament, he was paired with Jordan Spieth, the No. 1 golfer in the world. When the final round ended, he was in fourth place, just three strokes off the lead.

That wasn't the most amazing thing that he did, though. No, it's what he did after the tournament that most people could not do. He took a look at the payday he had earned for finishing fourth, and he walked away.

It was actually easier than you might think. It wasn't like he had the opportunity to take the check and walk after he saw where he finished. As an amateur, he had to waive his right to any prize money he may have qualified for, prior to the start of the tournament. 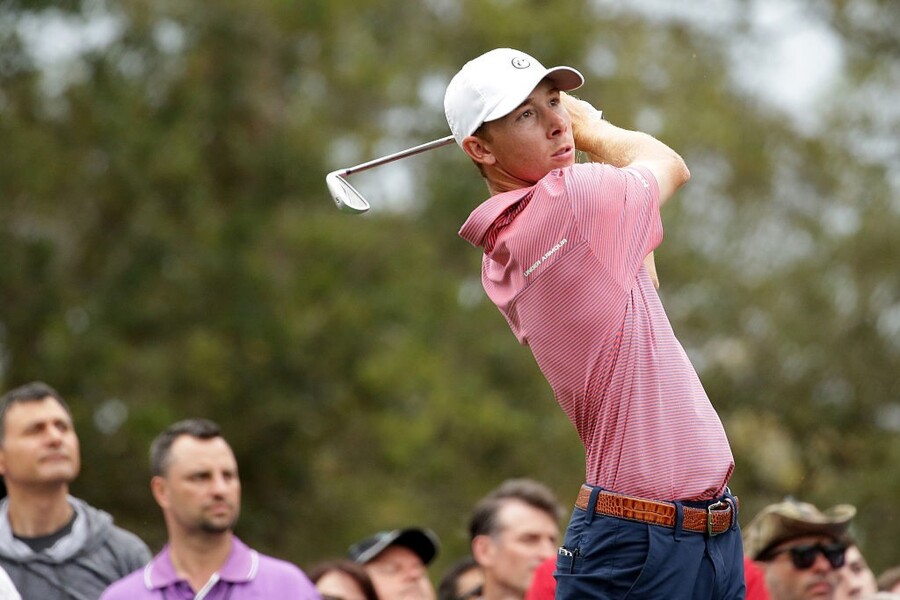 He had already made the decision to give up the money days ago. It still couldn't have been easy, but he had a few days to accept the possibility.

So as he shot 2-under par Sunday and his playing partner, the No. 1 golfer in the world, shot 2-over par, he already knew that he wasn't going to see a dime. The only question was whether he wanted to know just what he was missing out on. Spieth advised him not to look, but he couldn't help it. Afterwards, he admitted that he shouldn't have.

"I shouldn't have looked," said McCoy. "It was a lot of money. I think I've got like $350 in my bank account right now, so that's mostly gas money. It hurt."

As much as it hurt to turn down the payday, it had to hurt a little more that he wasn't going to even get a chance to celebrate his performance. He had to hop in his car and drive 7 ½ hours back to school for a 36-hole tournament starting the next day.

Many will probably question why he didn't play for the money in the first place. It wasn't his first time playing with professionals. Last season he played in the U.S. Open, Travelers Championship, and John Deere Classic (in which he made the cut). He grew up in the subdivision where the course is located, and by his own estimate, had played the course more than 1,000 times while he was growing up, which gave him a familiarity with the course most professional golfers would die for.

Since he had every reason to think he could do well, why not play for the money? Maybe it was because he is a senior, he is planning on turning pro when he graduates, and only has three events (including the one for which he rushed back), before the SEC Championship and NCAA Championship.

Every year, there is a story about a football or basketball player taking money or some sort of other illegal benefits, losing his eligibility, and possibly costing his school wins and/or scholarships. Usually because all he needed was to have a few thousand dollars, some crab legs, or a really cool tattoo.

This kid turned down $292,000, which he earned legitimately. One can only respect him for that.