For the past few seasons, the question of "will Drew Brees retire?" has dominated offseason headlines in New Orleans. But now that he's finally hung up his cleats, we can look at the players that will still be on the field. And running back Alvin Kamara, who inked a huge deal last year to stay with the Saints for the foreseeable future, will likely take on an even bigger role this season.

In his first two seasons in the NFL, Alvin earned a little under $3 million in total salary. In September 2020 Kamara signed a contract extension with the Saints worth $75 million over five years. It also includes a $15 million signing bonus that will be spread out across the duration of the contract.

But despite that financial windfall and his salaries from four seasons in the league, Kamara says he hasn't touched any of his NFL money yet and doesn't plan to touch this $75 million either.

In a recent episode of Uninterrupted's "Kneading Dough," Kamara recalls how he learned the value of a dollar early on, as he watched his mom work multiple jobs to keep the family afloat.

Kamara's biggest splurge since entering the league was taking his signing bonus and buying a bunch of chicken wings. 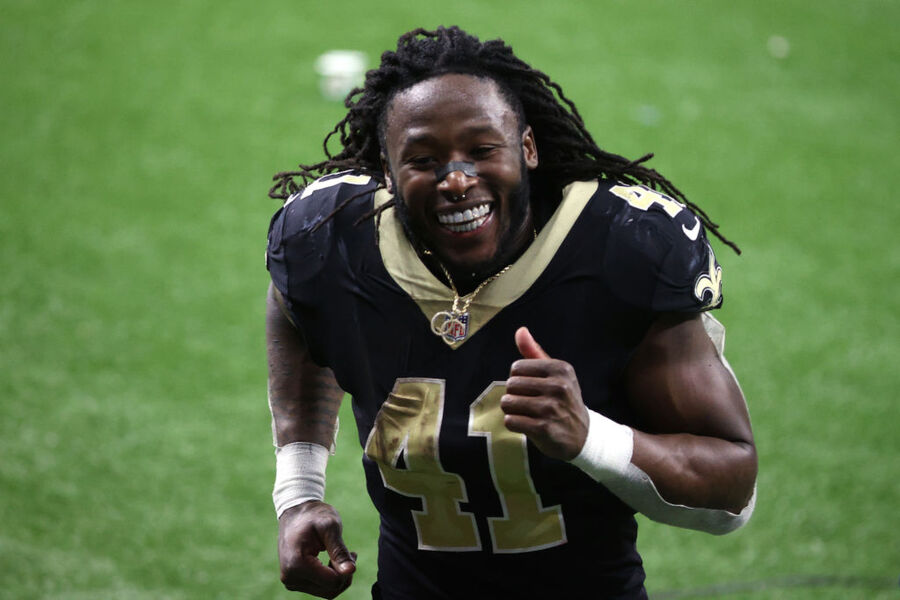 "It would be a shame if I got this and lost it," Kamara said, adding that his NFL salary is more than he or his mother have ever had before. "I'm gonna keep doing the same thing I've been doing — [spending on] what I need and that's it. I'm not about to go over the top, I'm not gonna live beyond my means."

Considering an alarming number of NFL players and other former athletes go broke, this is a smart move by Kamara. The running back also said he doesn't let anything happen to his money without approving it first. A shady accountant might get their hands in other players' money, but Kamara takes precautions to avoid that.

As for now, the 25-year-old Kamara is doing just fine living on his endorsement deals. And since he only partners with companies he believes in, he's setting himself up for more success once he retires.

It's an impressive level of financial savvy. But as we've seen on the field, Kamara has no shortage of impressive moves up his sleeve.