Allen Iverson Makes $800,000 Per Year From Reebok – And Reebok Is Fine With That!

Allen Iverson was an 11-time All-Star. He won the league MVP in 2001. He led the league in scoring four times throughout his career. And his No. 3 jersey was retired by the Philadelphia 76ers. At his peak he earned $20 million a season in salary. During his career he earned around $155 million on the court. It's safe to say Iverson had a very impressive career.

Yet perhaps his biggest accomplishment is that he's still getting millions of dollars a from Reebok despite not playing in an NBA game since 2010.

Back in 2001, Iverson signed a lifetime endorsement and marketing deal with Reebok right after winning his MVP award. The agreement came on top of a ten-year, $50 million deal Iverson signed when he became the No. 1 pick in the 1996 draft.

The lifetime deal pays Iverson $800,000 a year. He'll also have access to a fund worth $32 million when he turns 55 years old in 2030. We first learned of this trust fund when Allen was going through a divorce from his wife of eight years Tawanna. From that divorce we also learned that Allen has not exactly been wise with his money.

In a December 2012 court disclosure, Iverson told a judge that his monthly income was $62,500 but his expenses were $360,000. Of that $360k, $125k went to paying back various creditors and another a large chunk goes to mortgages. Iverson-owned homes in Denver and Atlanta were eventually lost to foreclosure and a Georgia judge ordered him to repay nearly $900,000 to a local jeweler. Iverson also admitted to the judge that he was still spending $10,000 a month on clothes, $10,000 a month on restaurants/entertainment and an additional $10,000 on groceries.

So at the time of his divorce in 2012, Allen was essentially $1 million in debt and losing another $200,000 every single month.

There's a tiny bit more bad news. In 2020 when Allen turns 55, he'll technically only get HALF of his $32 million trust fund. He had to give Tawanna the other half. 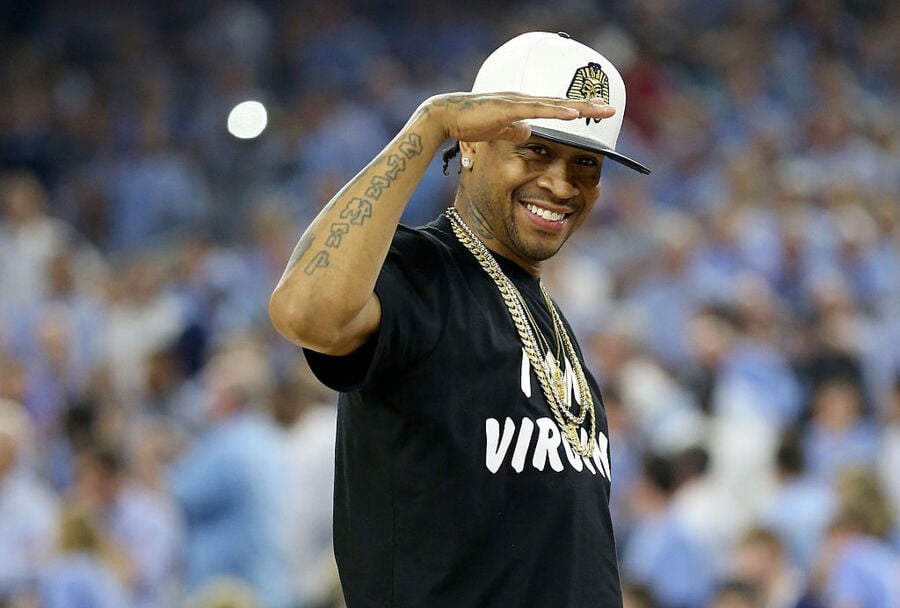 Though Reebok's focus is now more on lifestyle rather than sports – CrossFit and UFC are Reebok's current top sports partners – Iverson remains an integral part of their business.

According to Reebok's Chief Executive Officer Matt O'Toole, Iverson is absolutely worth the money. O'Toole pointed to Iverson's large influence in Asia; the former MVP travels there a couple of times of year on behalf of Reebok.

O'Toole also said that a lot of Reebok customers still connect to Iverson and his legacy. And when you've got a signature play from the NBA Finals, you're not going to be forgotten easily.