Alex Rodriguez, perhaps one of the most polarizing figures in all of professional sports, announced his plans to retire after the 2017 season. The Yankees slugger will hang it up after the final year of his contract, a 10-year, $275 million deal, ends.

A-Rod, who is entering his 21st season in the major leagues, will turn 41 this July. After beginning his career in Seattle with the Mariners, he signed a 10-year, $252 million deal with the Texas Rangers after the 2000 season. The team never made the playoffs in his three years there, and prior to the 2004 season, Rodriguez was dealt to the Yankees. It was there that he won his first title, and also signed his record-breaking (second) 10-year contract.

When all is said in done, Rodriguez will make $420 million by the time he retires – the most any athlete has ever earned from on the field performance. Compare that to Kevin Garnett, who tops the NBA's highest-earners list with $326 million, or Peyton Manning, who just retired after $249 million in career earnings in the NFL. Even solo athletes don't stack up to A-Rod's on-field takeaway: Tiger Woods has earned $123.5 million in his golfing career, and Roger Federer has made $97.8 on the tennis court.

Of course, Woods and guys like Michael Jordan have made a lot more money from endorsements. From a strictly on-field viewpoint, though, nobody tops Rodriguez. 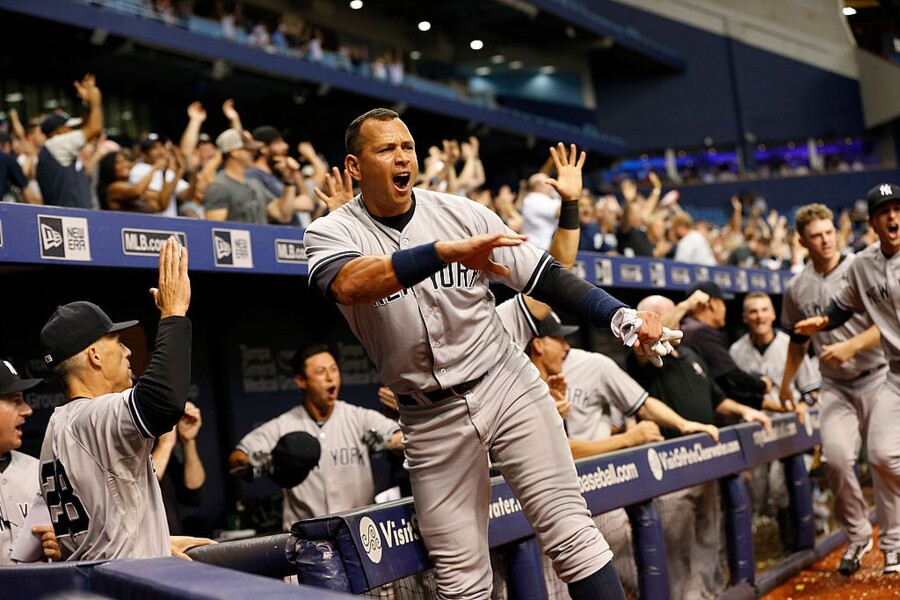 The shortstop-turned-third-baseman's career has had plenty of highs and lows: right now, he sits at 3,070 career hits, with 687 home runs and 2,055 RBI. 28 more home runs and he'll pass Babe Ruth for third on the all-time home run list. If he hits 69 over the next two years, he'll surpass Hank Aaron, and if he smacks 76 out of the park, he'll be the top slugger in MLB history.

On the flip side, A-Rod has experienced his fair share of controversy. From slapping a ball out of an opponent's glove, to admitting to using steroids while playing with the Texas Rangers, Rodriguez has been subject to criticism from media and fans alike. More recently, he was part of the Biogenesis baseball scandal, obtaining performance-enhancing drugs while rehabbing a hip injury.

His involvement in the scandal earned him a suspension of 211 games, which would have been the longest non-lifetime suspension ever in the major leagues. However, he was allowed to play while the suspension was being appealed, and it was eventually reduced to 162 games, resulting in Rodriguez missing the entire 2014 season.

He bounced back in 2015 in a big way, hitting 33 home runs and scoring 83 runs. Both were his highest totals in their respective categories in seven years. He also played in 151 games and had a .486 slugging percentage.

Perhaps the best thing he did last year, though, was appearing on Fox during the MLB playoffs. His on-camera work allowed him to further connect with fans, and was a great step in his hopes to rehabilitate his image and restore his legacy as his career winds down.