Alex Rodriguez recently announced he signed a deal with ABC News, where he'll serve as a contributor in areas like fitness and personal finance. It'll be a relatively new area for Rodriguez, who officially retired from baseball in February of this year, though he still remains a special advisor for the New York Yankees.

It's not yet known how much Rodriguez will make from his ABC News contract, but he has a long way to go if he wants to equal what he made during his playing days.

Over his 22-year career, Rodriguez made $452 million from on-field earnings. He spent seven seasons with the Seattle Mariners, three with the Texas Rangers, and the final 12 years of his career with the Yankees.

That's an average of more than $20.5 million per year, which is pretty spectacular to think about. Rodriguez certainly made his share of headlines, from admitting to using performance-enhancing drugs to his noted postseason struggles – he batted worse than .200 in seven of 14 playoff series with the Yankees – but consistently brought in big money every year. 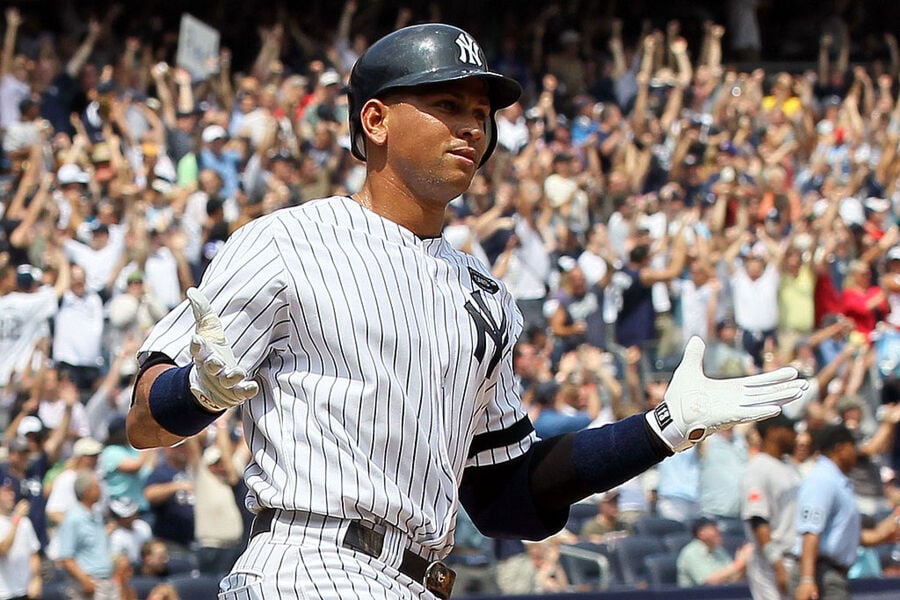 He signed a 10-year, $252 million with the Rangers in 2000. At the time, it was the richest deal in baseball history. Texas only hung onto him for three years before sending him to the Yankees in February of 2004. The Rangers still had to absorb $67 million of Rodriguez's remaining $179 million – that's the most any MLB team has paid to get rid of a player in a trade.

In fact, Rodriguez's deal was so expensive that it cost more than three teams' entire payroll for the 2000 season, and it was worth more than what then-owner Tom Hicks paid for the Rangers, their stadium, and the 270 acres of surrounding land just two years earlier. Hicks purchased the team for $250 million in 1997.

A-Rod still made a lot of money after being dealt to the Yankees. He signed a 10-year, $275 million extension in 2007, just six weeks after Yankees executive Hal Steinbrenner said there was "no chance" the team would re-sign him.

Though Rodriguez did win a World Series ring in 2009, he also caused a lot of headaches for the franchise. He admitted to using steroids in a 2009 interview, and in 2013 he was part of the Biogenesis scandal, getting suspended for 211 games. After an arbitration hearing, that suspension was reduced to 162 games, and Rodriguez missed the entire 2014 season.

Even more impressive, Rodriguez is still getting paid more than $106,000 a day this year, despite not actually taking the field. Not a bad deal at all.

It remains to be seen how Rodriguez's on-air career shapes up. Whatever he ends up making, it'll be the icing on top of his historic on-field cake.