Last year, former MLB All-Star Alex Rodriguez and billionaire online retail mogul Marc Lore struck a deal to buy the NBA's Minnesota Timberwolves and WNBA's Minnesota Lynx. At the time the purchase as announced, Lore and Rodriguez had apparently struck a deal to buy the teams for $1.25 billion. Lore and Rodriguez also apparently had planned to split the purchase 50/50. According to sources that spoke with the NY Post, that's not what has happened so far.

As an initial down payment the duo needed to come up with 20% of the $1.25 billion overall purchase price. That worked out to $250 million. If the Post's reporting is accurate, Alex Rodriguez wasn't able to come up with his half of the payment. Marc Lore ended up covering the portion Rodriguez couldn't pay, so the split ended up being closer to 13% and 7% between Lore and Rodriguez, respectively on this initial tranche.

The next 20% of the duo's payment is due by the end of this year. Despite having a net worth of $350 million, Alex Rodriguez is again reportedly struggling to come up with his share of the next $250 million tranche. As a result, A-Rod may end up losing some control to Lore, who could end up buying more than half of the team and taking sole control.

How could A-Rod be struggling so mightily to come up with his share of the funds? The alleged explanation may be surprising. According to reports, Jennifer Lopez is a primary factor in Alex coming up short… 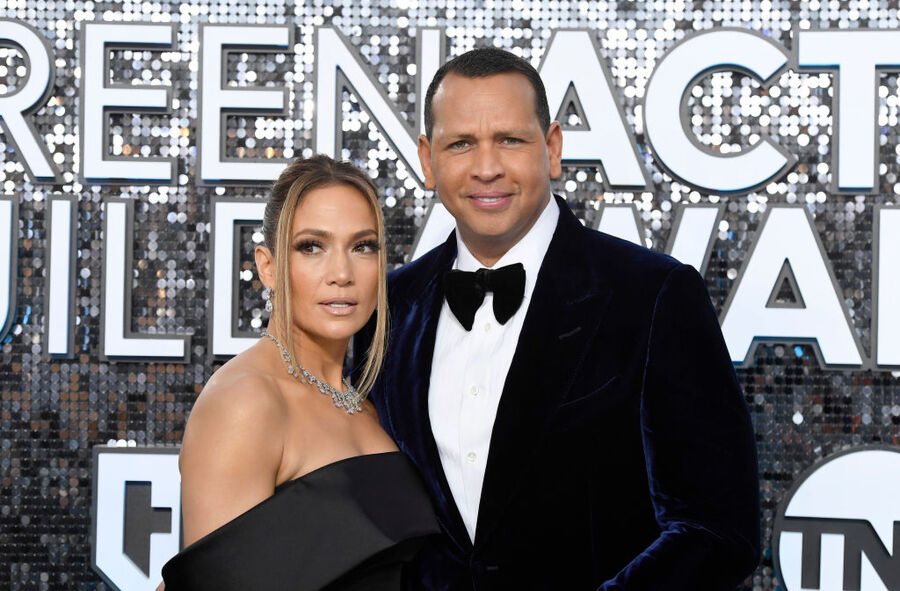 This is not Alex and Marc's first attempt at buying a professional sports team. Rodriguez and Lore first tried to buy a team in 2020, when they had their sights set on the New York Mets. That team ultimately went to hedge fund billionaire Steve Cohen, but Lore was interested in keeping the partnership going with Rodriguez—who was then dating Lopez.

As it turned out, Lopez may have been a big factor in the potential deal. Some co-investors even thought she was a partner and that they were investing with A-Rod and J-Lo together.

According to the New York Post, Rodriguez typically took business meetings homes he shared with Lopez in Bel-Air and the Hamptons. A source who spoke with the Post claims that while Lopez wasn't always involved in the discussions, she was around the house which added extra charm to any negotiations. And not just in baggy clothes or a business suit, Jennifer would apparently walk in and out of the room in workout clothes. No comment on that implication.

The added star power of Jennifer Lopez was reportedly a major perk for Lore and Rodriguez as they attracted financing partners.

Alex may have a net worth of $350 million, but he's heavily invested his wealth, leaving him less liquid than you might assume. For example, Alex is partner in a $1 billion real estate investment portfolio. And even without that investment, coming up with about $150 million on the fly wouldn't be easy for anyone who isn't a multi-billionaire. According to people who spoke to the Post, the loss of Lopez's star power made raising the funds that much harder.

Adding to the complexity, NBA rules won't let Rodriguez become an owner if he can't pay 15% of the total purchase price on his own. Right now, that amount is around $200 million. If the investment team can't come up with a 50% stake, they wouldn't have a final say in how the teams are run.

Glen Taylor first put up the Timberwolves and Lynx for sale in April 2021, though he announced his intentions to continue operating both through the upcoming 2022-23 season. If the Rodriguez/Lore deal falls apart, it could actually be a big win for Taylor. The Timberwolves' value has risen to about $2 billion in the time since Taylor has been negotiating with A-Rod and Lore.

For now, it seems like a pretty simple proposition: Rodriguez has four months to put together the cash for his next payment. Otherwise, he might be back on the outside looking in at other pro sports owners.