By any metrics, Hakeem Olajuwon had a spectacular NBA career. He spent nearly all of his 18-year career with the Houston Rockets. Along the way, he made 12 All-Star teams, 12 All-NBA teams, won an MVP award, and was a two-time Defensive Player of the Year. He also led the Rockets to back-to-back titles in 1994 and 1995, picking up two Finals MVPs in the process.

Olajuwon was rewarded for his strong play with a Hall of Fame nod. He was also named to the NBA's 50 Greatest Players list, which was chosen by former players and coaches, general managers, and media members.

After retiring from the league, Olajuwon has only continued to impress… just in a different arena. Instead of dominating the basketball court, he's rocking the real estate world. 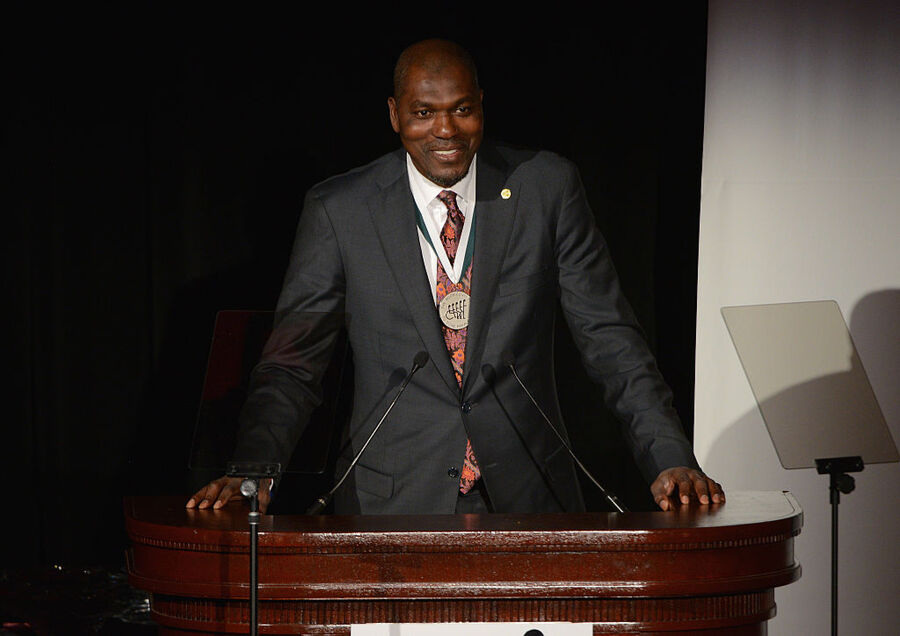 Olajuwon started dipping his toes into real estate investing while he was still playing. At the peak of his career in the late 1990s and early 2000s, he would take some of his $14-16 million in annual salary and set it aside for real estate investments. He ultimately earned a little over $110 million in salary during his career.

While many former athletes try their hand at real estate, Olajuwon's faith makes him approach the industry differently. As a Muslim, Hakeem does not borrow money for his acquisitions (it's against Islamic law to pay or charge interest). That can make purchases a bit more expensive, but it also shows he has no credit risks. This strategy also puts Olajuwon in better positions during down markets when debt-laden borrowers might get pinched by interest payments.

By 2006, just four years after he retired, Olajuwon's 25 investments had grown to be worth more than $100 million.

Olajuwon has opted to invest in Houston — where he claims to have the "home court advantage."

He specializes in buying properties that are ripe for development via public improvements like stadiums or train stops. For example, he buys large undeveloped plots of land near transportation lines and popular highway exits. In November 2006 he bought a 41-acre property near NASA's Johnson Space Center and developed it into a retirement community. He owns parking garages, apartments complexes, commercial buildings and single-family homes. He purchased Houston's former Federal Reserve Bank building and converted it into a mosque. He owns the city's former World Trade Center building not far from Minute Made Park.

And as we noted, he never uses borrowed money for any of these purchases. He only buys properties with funds he actually controls. No debt.

"I have been blessed thus far to be able to work with my own capital, which gives me the ability to decide when I want to sell as opposed to having a bank loan hanging over my head that in some cases, can force you to sell even though you may not be ready to."

Today, Olajuwon splits his time between Houston and Jordan. He'll keep looking for areas of opportunity to invest in — and his properties will only continue to increase in value.

That's enough to make him the seventh-richest NBA player in the world.