After Leaving The White House, Barack Obama Wants To Own An NBA Team… Can He Pull It Off?

President Barack Obama is one of, if not the biggest basketball fan the White House has ever seen. How often during his presidency have we seen him shooting hoops? He's never afraid to share his March Madness picks, either, and of course, the NBA champions get a VIP trip to the White House every summer.

With his second term nearing its close, Obama doesn't plan to say goodbye to the game anytime soon. In fact, if the opportunity is right, he hopes to own an NBA team after his presidency ends.

White House press secretary Josh Earnest said that Obama would "potentially" pursue owning a franchise "under the right circumstances," which seems vague, but is it really so far fetched?

Obama's beloved Bulls could be a perfect candidate. The team struggled for years after Michael Jordan retired, but had a bit of a resurgence once Derrick Rose was drafted. However, despite always seemingly being the team to contend with LeBron James' teams in the East (whether it was the Miami Heat or the Cleveland Cavaliers), the Bulls actually only made it to one Eastern Conference Finals, losing in five games. 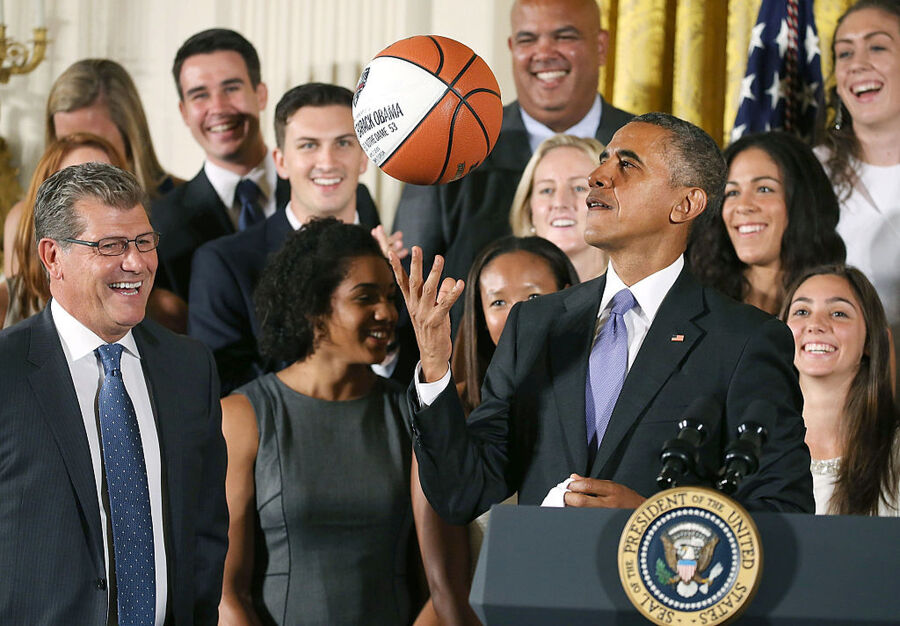 Of course, Obama is friends with current Bulls owner Jerry Reinsdorf, and the President acknowledges Reinsdorf not going to sell the team anytime soon. It's still fun to think about, though.

Can Barack Afford An NBA Team?

The Obamas currently have a combined net worth of $12 million. Hardly enough to buy a significant stake in an NBA franchise. HOWEVER! As Bill Clinton proved, being an ex-President is an extremely lucrative job. Between 2001 and 2015, Bill Clinton earned over $130 million in speaking fees alone. He also earned $15 million for the rights to his memoir in 2004. He then earned another $15 million in royalties from the actual book sales. These earnings alone total  That's alone is $160 million. Assuming Barack follows the same path, it's not totally unreasonable to think he'll be able to earn $150 – $200 million over the next 10 years. And along the way, maybe some NBA owner would be open to bringing Obama on as a minority owner. The payment could take place over time, or the a portion of the transaction might be a gift in exchange for promotion and the honor of saying that a former President is part of your organization.

There's no doubt Obama would bring serious influence to the league. People who are fans of Obama but aren't particularly into basketball would tune into his teams' games. And it's very likely the league would give whatever team he owned several nationally televise contests during the year to try and capitalize on that popularity.

However, a former president owning an NBA franchise, or any professional sports team, would provide an interesting test for players as well as other owners. During owners meetings, would Obama have more clout because he use to lead this country, whereas other owners made their fortunes in more private sectors?

And players would have to consider their moves a lot more carefully, too. Could you imagine turning down the opportunity to play for the President? That's a pretty cool thing to do – it's even a possible a player could be intimidated by the idea of saying no.

For now, Obama will have to stick to tinkering with the Trade Machine like the rest of us. But we may someday see him in the owner's box, crunching the latest analytics as he ponders his next move.