After His Masters Win Hideki Matsuyama Could Make Hundreds Of Millions

The Masters is the biggest event in professional golf. It's the first major of the year, nationally televised in primetime, and always held at the same course in Augusta. The winner receives a nice payday, ample prestige, and a green jacket, presented by the previous year's winner. No wonder the event's slogan is "a tradition unlike any other."

Hideki Matsuyama was the winner of this year's Masters. His -10 finish netted him $2,070,000 in winnings. Second place finisher Will Zalatoris, who was one stroke behind Matsuyama, made $1,240,000, which is almost double his career earnings prior to the Masters.

Before this year's final round teed off, Andy North estimated a win for Matsuyama, who started the day in first place, would be worth $1 billion.

According to the Action Network, Matsuyama is probably more in line for about $200 million for the rest of his career. Already, Matsuyama's net worth sits at about $35 million. 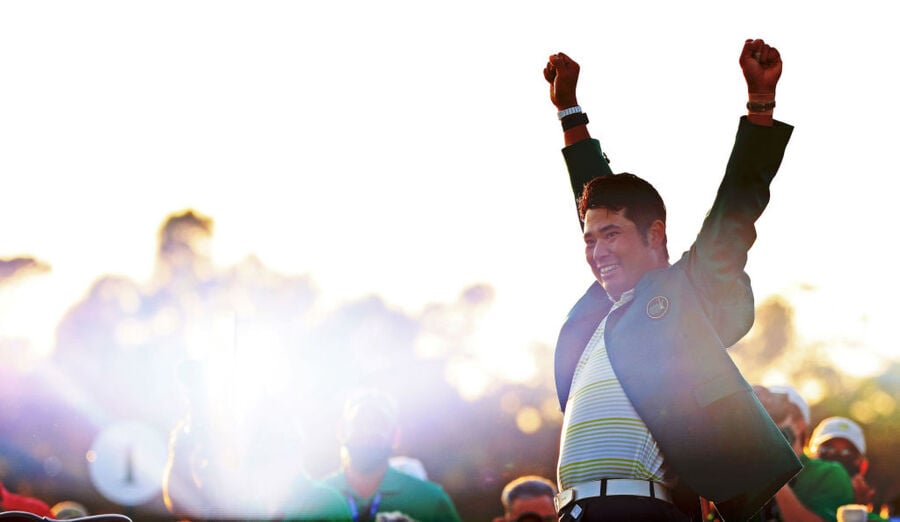 Why such a huge payday?

Golf is a huge deal in Japan, with more than 3,000 courses across the island country. Matsuyama is now the biggest face in his home country.

He's in line to receive some extra sponsorship dollars as a result of bringing extra exposure to a handful of brands. Most notable is Sumitomo Rubber. The Japanese company owns nearly every part of Matsuyama's "game day" attire. They own Srixon, which makes Matsuyama's clubs. They also own Cleveland Golf, which adorns his hat and golf bag. They're a licensor of Descente clothing, which Matsuyama was wearing at Augusta.

Sumitomo Rubber is also the only distributor of Asics golf shoes in the United States. Guess what kind of shoes Matsuyama wears?

Beyond a potentially lucrative deal with Sumitomo on the horizon, Matsuyama has also sparked additional interest in golf in his home country. That could lead to teaching courses, licensing deals, and other opportunities. Matsuyama is likely one of the favorites to light the Olympic torch this summer in Tokyo, too.

As for runner-up Zalatoris, he made over a million dollars despite not officially being on the PGA Tour. The second-place finisher has seen his full status delayed as a result of the Covid-19 pandemic.

However, he's allowed to participate in PGA Tour events thanks to an exemption. If he wins an event, he'll vault to Tour status. With how well he's played already, he'd be in the top 15 in the FedEx Cup standings. At the end of the season, the top golfer in those standings nets $15 million.

He already has sponsorship deals with Titleist, Footjoy, and Simmons Bank. And there could be even more to come.