After 24 Years With Nike, Roger Federer Is Leaving For Uniqlo – And He'll Make A Ton Of Money Doing So

For two-thirds of his life, Roger Federer has worn Nike apparel. But when he stepped onto the court at Wimbledon this week, he didn't sport the familiar swoosh. Instead, Federer wore a shirt, shorts, socks, and headband from Japanese company Uniqlo.

After the 36-year-old's long-term Nike deal finally came to a close in March, Federer saw an opportunity to make a huge amount of money. His deal with Uniqlo is worth $300 million over 10 years.

Federer has been one of the most dominant players in tennis over the past two decades. He's won 20 grand slams and eight titles at Wimbledon. Even with all of that on-court success, he's made $116.6 million from matches – just barely a third of what this deal will pay him. 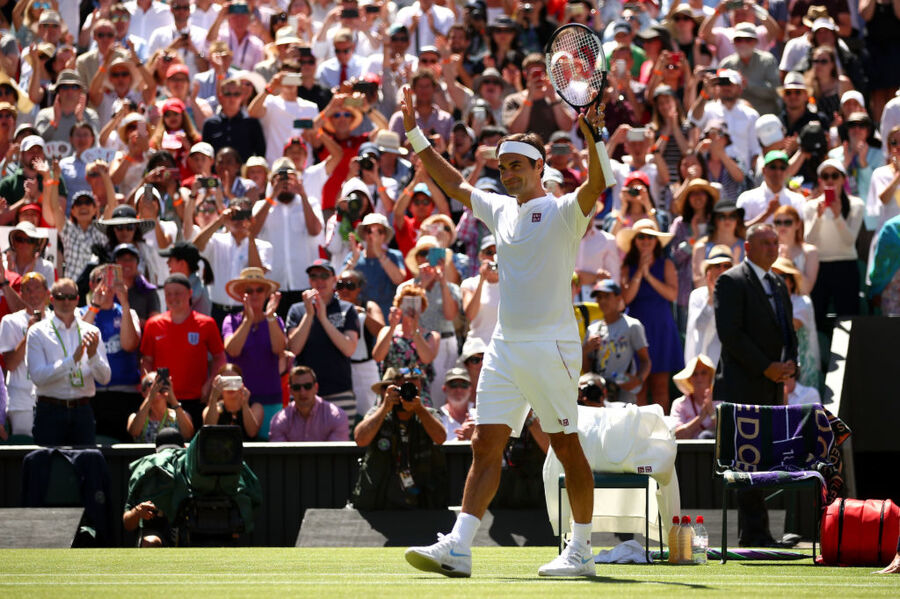 Federer will collect the money even if he doesn't play. He also can sell patches on his shirts, which could lead to higher earnings.

Nike had the opportunity to match Uniqlo's offer, but ultimately passed. However, Nike still owns the rights to Federer's RF brand and logo. Despite that, Federer isn't too concerned, claiming that they're his initials and he'll get them back soon.

Meanwhile, Uniqlo will hope they can capitalize on Federer's fame. The company was working with Novak Djokovic, but his deal ended in 2017. Uniqlo never successfully marketed Djokovic's name or likeness when promoting their apparel.

Though Uniqlo is doing well in sales, they don't offer any athletic shoes. That's been a hotbed of revenue for Nike in years past.

Even if he doesn't have his own shoes to wear, Federer is going to have plenty of cash to fill his pockets.