When the Minnesota Vikings announced in March that they would not be bringing back franchise rushing leader Adrian Peterson, many people anticipated that teams would be eagerly lining up to sign the seven-time Pro Bowler. But, for whatever the reason, it didn't end up working out that way. Now, nearly two months after the start of NFL free agency, Peterson has finally inked a deal with a team that most people probably didn't see coming.

Adrian Peterson signed a two-year deal with the New Orleans Saints worth $7 million. Peterson will make a completely guaranteed $3.5 million this upcoming season, which includes $1 million guaranteed salary and a $2.5 million signing bonus. Peterson's salary for the 2018 season will be $3.5 million, but none of the salary is guaranteed. His 2018 compensation includes $2.4 million in roster bonuses, including a $750,000 roster bonus that would be earned on the third day of free agency, in addition to $1.65 million in per-game roster bonuses. The salary would also include a $1.05 million salary, in addition to a $50,000 workout bonus.

Peterson told ESPN's Josina Anderson that he was "excited to be joining the New Orleans Saints." He went on to say, "I'm really looking forward to this opportunity. Most importantly, I chose this team because it just felt right within my spirit. Additionally, my wife and family added their confirmation with the same feelings." 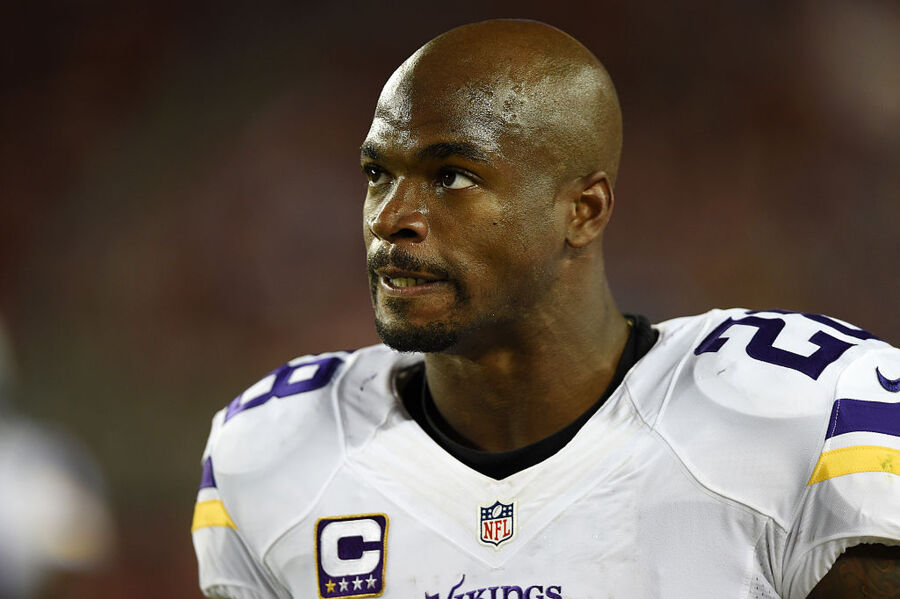 It was reported in late March that Peterson was looking to earn a salary of $8 million in this upcoming season, which is what was scaring teams away from signing the 32-year-old. Peterson did deny the reports, and said that the reason he was taking his time in regards to signing with a team was because he was looking for the "best fit."

Peterson will join Saints running back Mark Ingram in the backfield, which will undoubtedly help make the Saints offense even more potent.