Adrian Peterson has been widely regarded as one of the best, if not the best running back in the NFL for a number of years now. The man has been an absolute monster since he entered the league in 2007, setting a bevy of rushing records in the process. But Peterson is now 32 years old, and searching for a new team. While it initially appeared that teams would be bending over backwards to sign the free-agent running back after the Vikings decided to decline Peterson's 2017 option, that doesn't appear to be the case. Peterson still remains unsigned nearly three weeks after the start of free agency. But why?

Adrian Peterson has been rumored to be interested in a few teams, including the New York Giants, Houston Texans, and Green Bay Packers. But according to a report by ESPN, Peterson is reportedly seeking over $8 million in the first year of a contract. While Peterson is still regarded as one of the top backs in the league, that asking price, if true, likely gives many teams pause. Peterson missed all but three games last year as a result of a knee injury, and he is "on the wrong side of 30" as it pertains to running backs in the NFL.

That $8 million price is likely too hefty an asking price for teams to pay for a veteran running back in this current market. To compare, Eddie Lacy signed a one-year deal with the Seattle Seahawks worth up to $5.5 million. 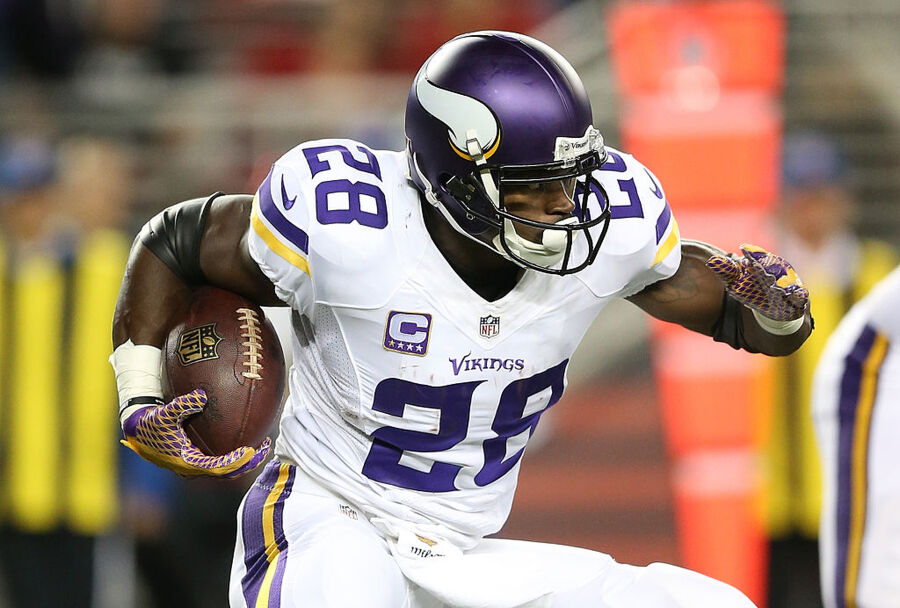 In the midst of the mass speculation, Peterson took to social media to attempt to set the record straight regarding the reason why he still remains unsigned. Peterson tweeted a screenshot of a paragraph he wrote regarding his free agent status. In the paragraph, Peterson said "you cant believe everything you read or hear people." He went on to say that "finding the best fit & helping a team in a major way win a championship is my main objective," and that he is "in no rush."

Whether Peterson is telling the truth, ESPN's report is telling the truth, or the truth is tucked somewhere in between, one thing is true; he likely won't be returning to the Vikings in 2017. They just signed what looks to be his replacement in Latavius Murray, who will be making an average of $5 million over the course of the next three years.