Adrian Peterson has defied the odds as an NFL running back. He'll turn 36 in March and still started in multiple games for the Detroit Lions. He racked up 604 yards and seven touchdowns while still showing the occasional shifty burst on the field. But this offseason, he's facing a different type of challenge – one he likely can't run around.

ESPN reports that Peterson has been ordered to pay nearly $8.3 million in summary judgment to DeAngelo Vehicle Sales (DVS) LLC, a loan company in Pennsylvania. The summary judgment comes after a loan Peterson took out defaulted in 2016. After that default, Peterson initially owed $5.2 million, including interest, by March 1, 2017. DVS continued asking for that payment, plus interest, for every day Peterson refused to pay. 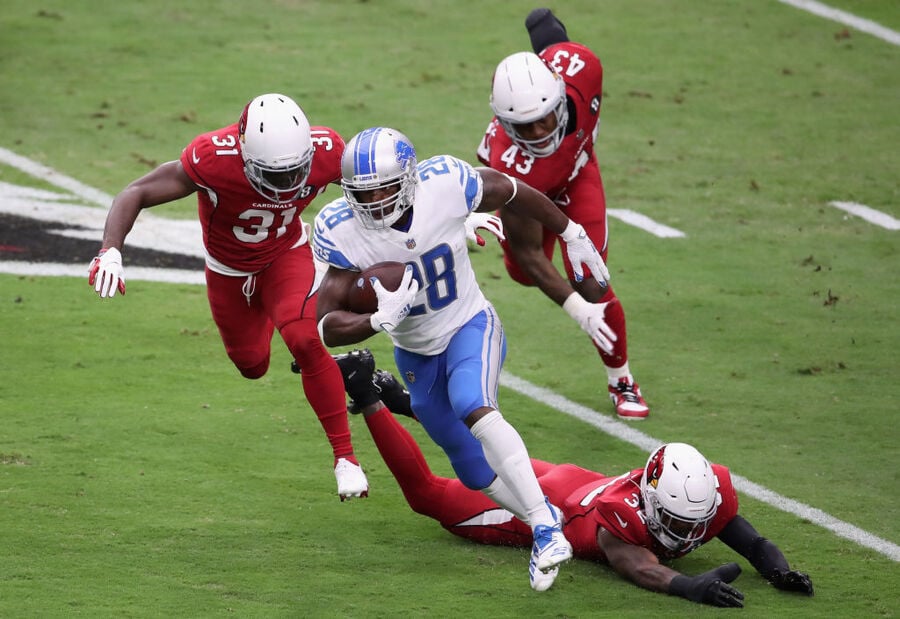 Peterson notarized a settlement agreement on October 22, 2019. That agreement stated "the existence and continuation of his default under the Loan and the applicable Loan documents, and that Peterson's obligation under the Loan is immediately due and payable." The running back has reportedly paid back $165,000 of the initial agreement, according to the attorney for DVS. But Peterson didn't make an appearance in court this month and his initial attorney withdrew from the case in August of 2020.

Peterson has earned nearly $103 million over the course of his career. His contract with the Lions paid him $1.05 million this past season.