According to an old saying, if you love someone, you should set them free. If they come back to you, then they are yours. The Texas Rangers have every reason to love their third baseman, Adrian Beltre, but they have no desire to test that theory. So rather than let him become a free agent at the end of the season, they recently signed him to a two-year, $36 million extension.

Beltre joined the Rangers in 2011, after signing a five-year, $80 million contract with the club. Since then, he has done plenty to earn the love and respect of the front office and the fan base by hitting .309 with 137 home runs and 468 RBIs in 744 games with the team.

That kind of production will certainly help you keep your job, even if conventional wisdom should be telling the Rangers that the 37-year-old Beltre is due for a major fall from grace. However, while his home run numbers took a dip a couple of years ago and his batting average did so last season, he has been one of the best third basemen at the plate, since joining the Rangers.

He had the top batting average among third basemen from 2012-14. Last year would have made it four consecutive seasons, but Josh Donaldson had to go and have an MVP-caliber season and knock him down to No. 2 (Donaldson hit .297; Beltre .287). Factor in his defense and leadership, and extending him was an easy decision for Rangers General Manager Jon Daniels to make. 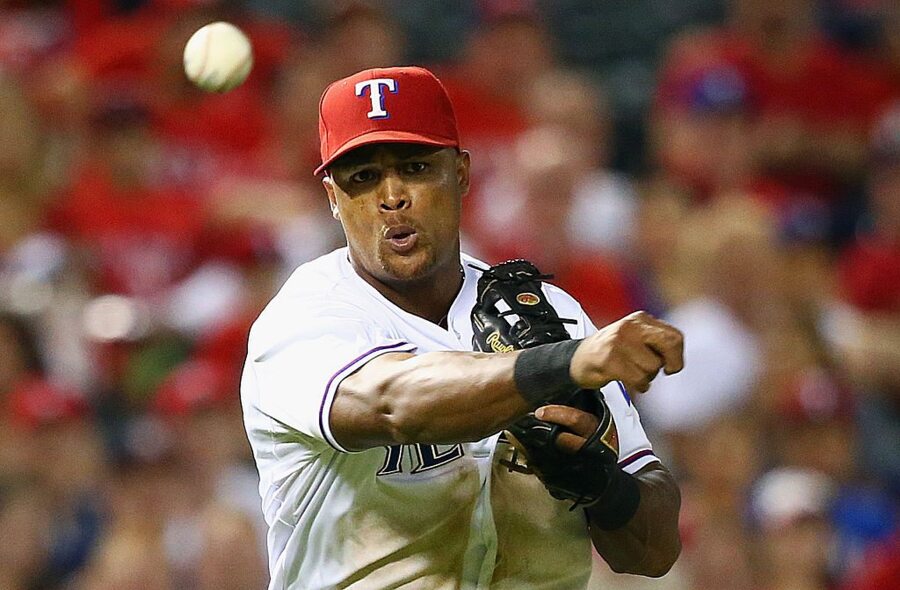 "We have made a lot of decisions over the years, and this is probably one of the easiest ones," Daniels said when he announced Beltre's extension. "There has been a lot said about Adrian's accomplishments, his numbers and his Hall of Fame credentials. But what we were focused on is he is one of the best players in the game – offensively, defensively, leadership, the whole deal.

Daniels and Beltre's agent, Scott Boras, have been talking about an extension since spring training began. There was some concern over continuing talks, once the season began, but both sides wanted to get the deal done, so they pushed on. If you listen to Beltre, the holdup was money:

"The reason it took so long is I wanted Giancarlo Stanton money – 13 years and $400 million. J.D. [GM Jon Daniels] didn't want to do that, so we settled for two."

The extension will allow Beltre and his sense of humor to enter territory no other career third baseman has (he has played seven games at shortstop and one at second), as he will be the first with over $200 million in career earnings (Alex Rodriguez has earned over $374 million, but split his time between third base and shortstop).

Assuming he plays out the extension, Beltre will have earned $210.25 million during 19 seasons. As long as he remains healthy and productive, the Rangers will likely sign him to another extension.