By Travis Pulver on August 3, 2015 in Articles › Sports News

When the Houston Rockets managed to deal for James Harden they immediately became contenders in the Western Conference. At the time, the team was on the fringe of being a contender, but with the addition of a scoring threat like Harden they became a serious threat (that has since gotten even better).

Harden knew it was an opportunity to become the face of a franchise, and has taken the mantle and run with it. Three seasons later it is safe to say he has. Tack on his unique persona and he is quite the marketing tool.

Nike knows this, or at least they knew this. The shoe giant let their deal with Harden expire recently, and Adidas wants to poach the Beard from Nike's roster of talent. In order to pull this off, Adidas has reportedly offered James a 13-year deal worth $200 million. Nike has till the end of the week to match it or lose him. 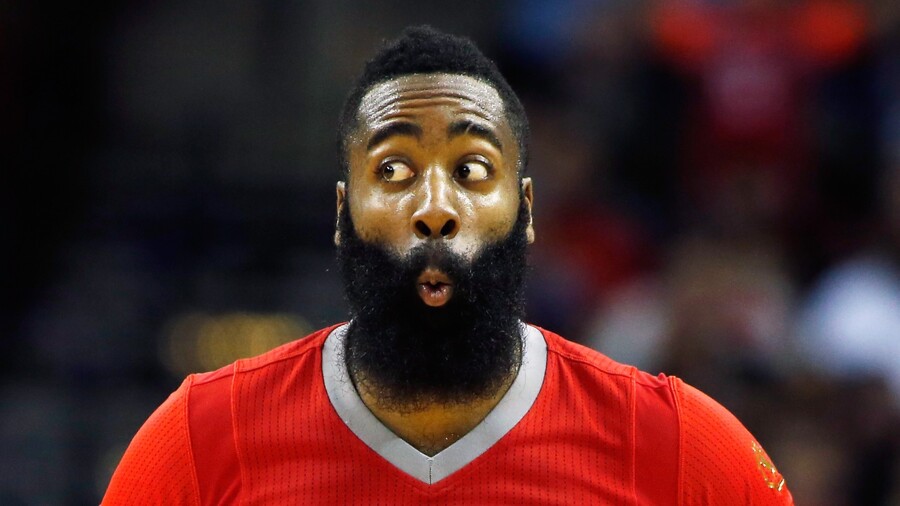 Adidas is eager to add Harden to their roster: "We've invited James Harden to join Adidas," said Adidas spokesman Michael Ehrlich in a statement. "We're a brand of creators and he truly embodies what that means with his approach to the game, his look and his style on and off the court. He's coming off a historic season where he won the scoring title and was voted MVP by his peers. His connection with fans is unparalleled and unprecedented and he can take the game, our brand and the industry to new heights."

It is an interesting deal when you consider that the number is half of what the company paid the NBA to be the official uniform supplier for the last 11 seasons. Even though they were the league supplier, Adidas has slipped in popularity in recent years due to a lack of individual talent. It appears that the decision not to try to renew the league contract may have been driven by the desire to focus on individual players.

Adidas does have Derrick Rose on the roster, but thanks to a pair of serious knee injuries he has not been as visible a player as the company would have hoped. Damian Lillard has been playing well as have his Portland Trail Blazers, but with the roster exodus this off-season the Trail Blazers may fade in to obscurity—takin Lillard with them. John Wall is an incredible talent, but his first signature shoe didn't do so well.

Stephen Curry has been locked up by Under Armour, and Kevin Durant opted to stay with Nike making Harden the guy most likely to help boost the brand—if Adidas can succeed in poaching him. With what they are offering him, it is hard to imagine they'll fail.

Should they succeed it will come at just the right time for Adidas. Last season Under Armour over took Adidas to become the No. 2 selling apparel brand. Harden will not bring the exposure that Stephen Curry would, but between his fashion sense, budding relationship with reality star Khloe Kardashian, and overseas appeal he could be exactly what Adidas needs.