By now, fans of the Carolina Panthers and even the Denver Broncos are starting to do what fans of the other 30 teams have been doing for weeks: they have been busy looking to next season, and what it will take for their team to finish with a win in Super Bowl LI. What holes need to be filled? Can they fill them with free agents, or do they need to look to the draft?

Everyone hopes to find at least one playmaker in the draft. While it isn't exactly an indicator of how well they will do in the NFL, one of the first places teams will look is the NFL Combine. None of the tests are really indicative of how well a player will perform on the field, but players are put through the paces every year, anyway.

Since the NFL Network has started broadcasting the Combine, the 40-yard dash has been the most popular event. There is just something about the appearance of speed that tends to grab the attention of fans and coaches alike. 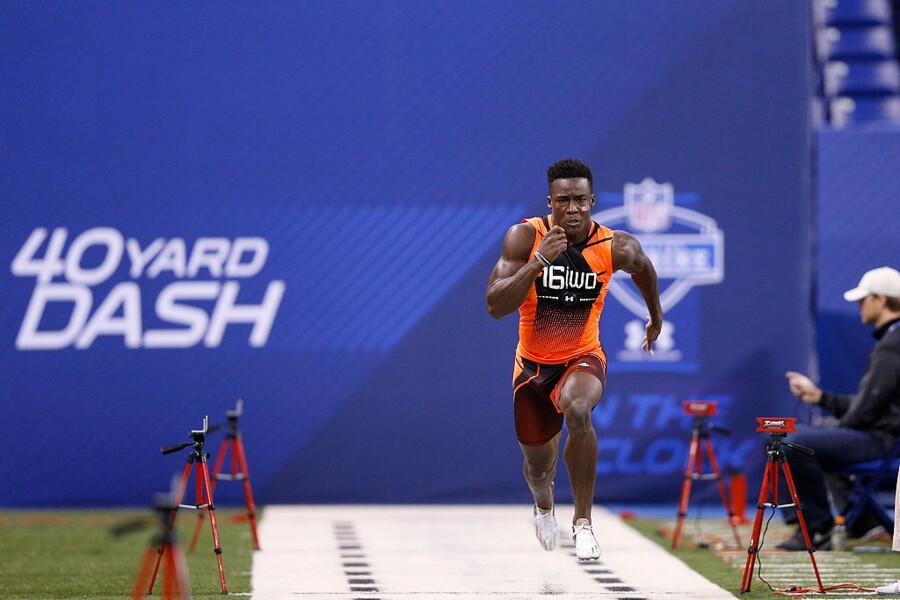 Since it has the attention of fans, it also has the attention of Adidas. The popular apparel and shoe company has been trying to cash in on the love people have with speed by offering up a bounty to the player who runs the fastest 40-yard dash while wearing a pair of their cleats at the Combine. This year, however, they have decided to take a different angle with their speed challenge.

Rather than offer a sports car or $100,000 prize to the player with the fastest time, they are offering a $1 million bounty to the player that can break the all-time 40-yard dash Combine record of 4.24 seconds, set by former East Carolina running back Chris Johnson in 2008.

University of Alabama at Birmingham wide receiver J.J. Nelson ran the fastest time last year with a 4.28, but did not get to collect his $100,000 for running the fastest time because he had not signed with Adidas prior to the Combine. The money went to Trae Waynes (4.31), Phillip Dorsett (4.33) and Kevin White (4.35) instead.

There are a handful of players (Florida State defensive back Jalen Ramsey, East Carolina linebacker Montese Overton, Ohio State wide receiver Braxton Miller, Baylor wide receiver Corey Coleman, Miami cornerback Artie Burns) who could get close this year, but unlike in previous years, they will not have to sign with Adidas first.