Minnesota Vikings receiver Adam Thielen has had quite the run in the NFL this year. He's topped 100 yards receiving in each of his first six games this year, just the second receiver ever to do that. Though he's one of the best in the league, it wasn't always easy. Check out how far Thielen has come.

Thielen, who grew up in Detroit Lakes, MN, stayed close to home for college. He attended Minnesota State University, receiving a $500 scholarship in 2009 after redshirting during the 2008 season.

Despite solid production in college, Thielen went undrafted in the 2013 NFL Draft. The Vikings eventually signed him, but cut him to get down to a 53-man roster. The team would later sign him to the practice squad. 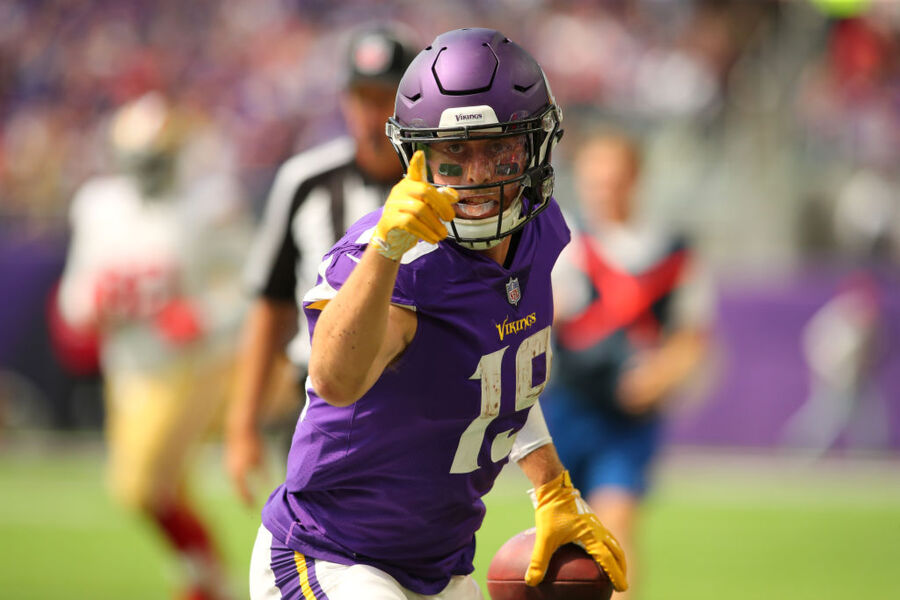 Thielen didn't see any regular-season action during his first year in the league. He didn't record a catch until Week 5 of his second season. In his first three seasons, he only amassed 20 catches for 281 yards and a touchdown. And from 2014 to 2016, he made $1.5 million total.

But as he's been his entire career, Thielen was patient.

He broke out during the 2016 season, grabbing 69 catches for 967 yards. He started 10 games and recorded a career-high five touchdowns, dropping just two passes on 92 targets.

And the Vikings rewarded him accordingly, offering a three-year extension with $10 million guaranteed. He also made his first Pro Bowl last season, putting up career-highs in receptions (91) and yards (1,276).

He's already halfway past those career-highs this season with ten games to go. Thielen's gone from an NFL Draft afterthought to a top-five receiver in the league.

With two more 100-yard games in a row, he'll go where no receiver has ever gone – and straight into the record books.