Adam Thielen Earned An Extra $550K After Making One Catch

Adam Thielen has had himself quite a productive year. He leads the league in receptions with 85 and is third in receiving yardage, amassing 1,013 through 10 games. His story is impressive, too – he's now got a $10 million guarantee after initially going to college on a $500 scholarship.

His hard work is paying off – literally.

About four minutes into the third quarter of the Vikings' 25-20 loss to the Bears, Thielen caught a 12-yard pass from Kirk Cousins. It was a fairly ho-hum catch; it gave the Vikings a first down, but the drive ultimately ended without any points. 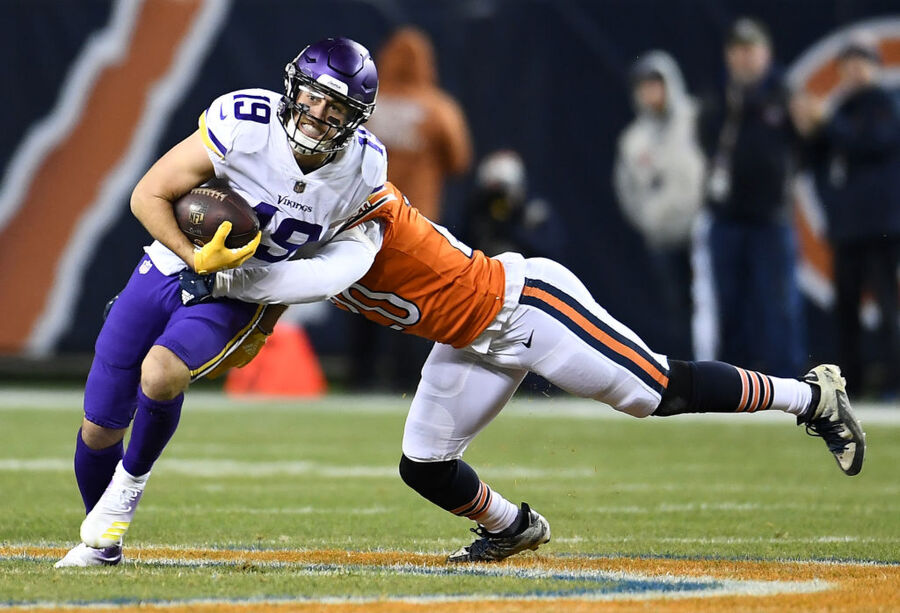 Thielen is well on his way to setting career-high marks in receptions and receiving yards this season, and has already broken his single-season touchdown record. However, we have a feeling he'll look back on this catch a little more fondly.

We just hope he held onto that game ball. After all, it's worth a lot.