After Acquiring Chris Paul And Locking Up James Harden, Carmelo Anthony Is The Next Target For The Houston Rockets

The Houston Rockets have been busy this offseason, trading for Chris Paul and signing James Harden to a record-setting contract extension. They also signed wing P.J. Tucker to a four-year deal, adding additional depth to their bench.

There's still one more major move they want to make: getting Carmelo Anthony.

Multiple sources around the league, including Adrian Wojnarowski and Brian Windhorst of ESPN, have said the Rockets are turning their "full attention" to Anthony. He'll waive his no-trade clause for the right team – which is reportedly either the Rockets or the Cleveland Cavaliers.

The Cavs are the frontrunners to land Anthony thanks to the eight-time All-Star's friendship with LeBron James. Cleveland also has a bit more flexibility with salary, though both teams have a lot of money on the books. 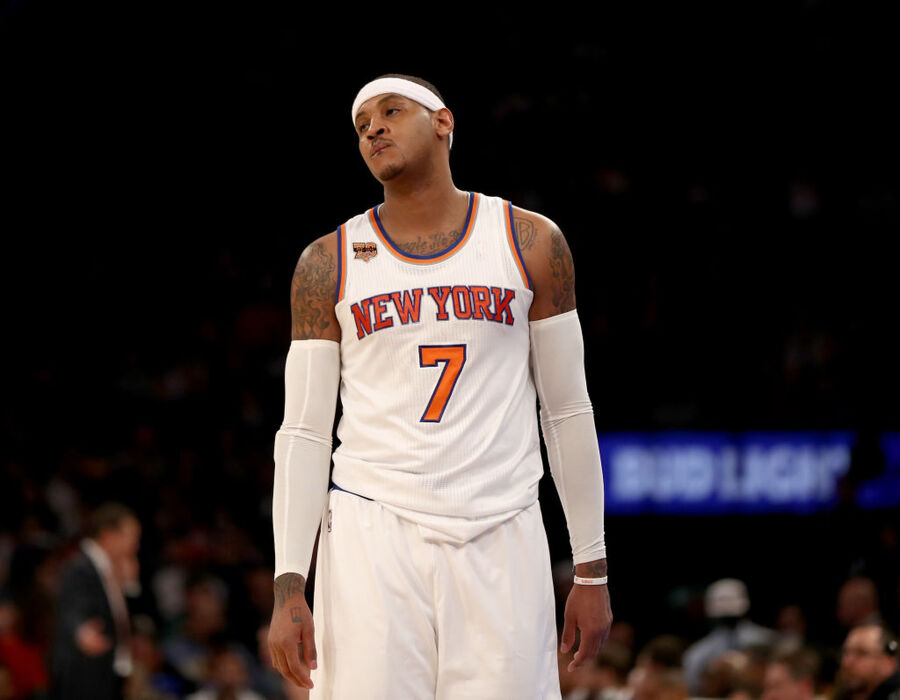 Houston, in fact, is already over the salary cap. Anthony is due $54.2 million over the next two seasons, which includes an $8.1 million "trade kicker." Anthony could waive part or all of the trade kicker; if he doesn't, he'll make $34.4 million next season. The Rockets would have to give up an equal amount of salaries in any trade.

That's a lot of work Rockets GM Daryl Morey has to do to make an Anthony trade work. Ryan Anderson is a prime candidate to be dealt, but with three years and $60 million remaining on his contract, few teams – the Knicks included – want to actually take his contract. Trevor Ariza is likely a more appealing trade chip for the Knicks since he's only owed $7.4 million before his contract expires next offseason.

Even trading both of them would require the Rockets to shed about $8 million in additional salary, assuming Anthony keeps his trade kicker. Also working against the Rockets is that they don't have their own 2018 first-round draft pick, which was traded to the Clippers in the deal for Paul.

Finally, the Rockets have to consider Anthony's relationship with the team's current head coach, Mike D'Antoni. D'Antoni was in New York for two seasons but resigned midway through the 2011-12 season. That was in part due to major differences with Anthony.

For the time being, it appears Anthony is willing to put aside any misgivings to try and win a championship. His list of teams he'll go to his down to two, and now it's up to those teams to find the salary cap space to score a player who could be the missing piece to contend with the Warriors come next postseason.