The ACC sent an impressive nine teams to the NCAA Tournament, but by the Sweet 16, only one remained. Fortunately, Roy Williams' and North Carolina's run to the Championship Game, plus great success in the tournament the past two years, will earn the conference a three-year total of more than $100 million.

The NCAA has a basketball fund consisting of the money made on the tournament television deal with Turner and CBS. The deal averages $771 million per year through 2024, then jumps to $1.1 billion per year through 2032. This fund exists to reward conferences that do well in the tournament. Every game played (aside from the title game) is worth one unit. Over the past three tournaments, ACC teams have accumulated 64 units. That obliterates the next closest conference, the Big Ten, whose 47 units will earn about $75 million

Each game in this year's tournament is worth $264,859, which is then paid out over each of the next six years (until 2023). The value of each unit increases each year of the payout by about three percent annually. For the ACC's 18 units this year, they'll make $30.6 million over the next six years. 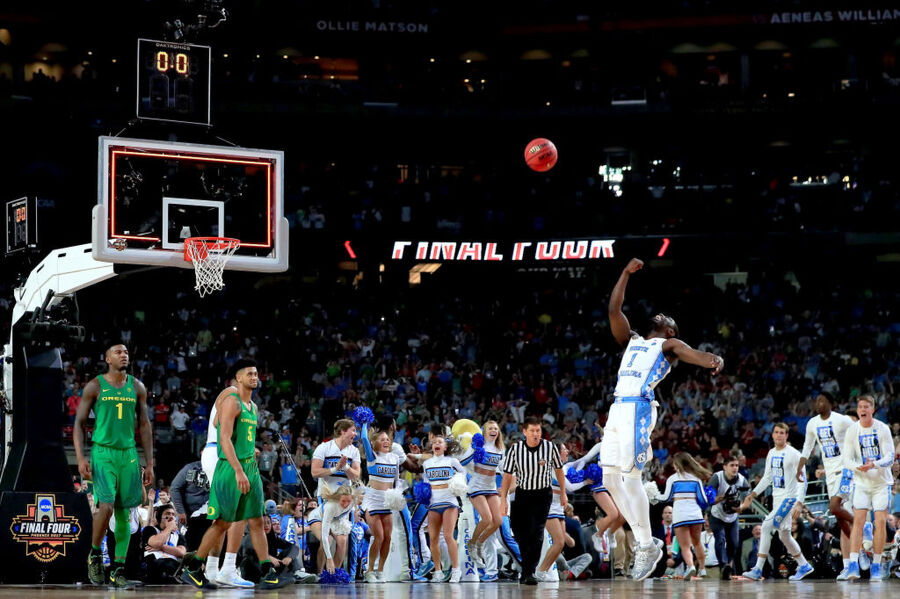 That's a high for this year, and another milestone for the ACC, who became the first conference to reach the $30 million mark for one tournament back in 2015. That year, their 21 units pulled in a six-year payout cycle of almost $33 million. Last year, with both UNC and Syracuse reaching the Final Four, the ACC set a record by earning 25 units.

In 2016, on top of UNC and Syracuse, Miami and Duke reached the Sweet 16, and Virginia and Notre Dame made it to the Elite 8. As a result, the six-year payout will reach at least $39.9 million. At a minimum, that means the total for the past three years sits at $103.5 million.

As most conferences do, the ACC splits its money up among all of its teams. That means UNC will make the same amount – $6.8 million – as Boston College, who hasn't had a winning season in six years.

Last year, the basketball fund sent $205 million to conferences. It's great for each conference, but it really shows how important it is when teams from smaller conferences (like Gonzaga in the WCC) win multiple games in the tournament.