Craig Sager is one of the most well-known sideline reporters the game of basketball has ever seen. Whether he's doing a report on a spooky hotel in Oklahoma City or taking shots from San Antonio Spurs head coach Gregg Popovich, Sager's served as a major face – and fashionista – of basketball for his 34 years with Turner Sports.

However, in all that time, Sager had never covered an NBA Finals contest, since ABC and ESPN broadcast those games. That is, until now.

Turner Sports, along with ABC and ESPN, announced they're giving Sager the opportunity he deserves, and he'll serve as a sideline reporter for Game 6 of the NBA Finals in Cleveland, splitting duties with ABC/ESPN sideline reporter Doris Burke.

Sager, 64, has been battling leukemia over the past few years. He returned to the sidelines in March of 2015, and continued to work for much of this season. However, he announced this year that his cancer is no longer in remission. 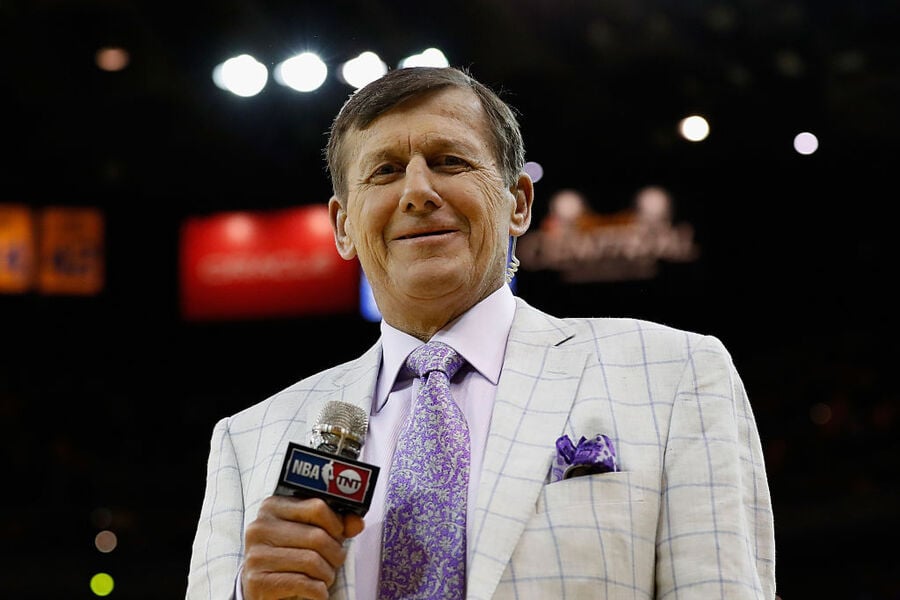 Sager said in a statement:

I'd like to thank Turner and ESPN for approaching me with this tremendous opportunity to be part of The Finals broadcast team. I've been watching the series very closely and, while I do not want to distract in any way from the event itself, I look forward to being in the building for what will be an incredibly exciting Game 6. The NBA community is a very special one and this is a great honor.

Sager has a reputation around the league for being a hard worker, selfless, and a positive spirit. That's been on display more than ever as he continues his battle, and it's great to see him being rewarded for it with his first trip to the NBA Finals as a sideline reporter.

For this very special occasion, we're sure Sager has an extra flamboyant suit picked out.