Could Aaron Rodgers Be The First NFL Player To Sign A $200 Million Contract?

After Matthew Stafford signed the richest annual contract in NFL history, it's only natural to speculate which quarterback will be the next to land a major deal.

All signs are pointing to Aaron Rodgers being that quarterback, and it's not unreasonable to think he'll get a contract with $75 million guaranteed and $125 million of additional money. Combined, his next deal could be worth $200 million – or more.

His last deal (in 2013) was for five years and $110 million, but the market has shifted, and quarterbacks are even more highly valued now. Players can even sign big deals without postseason success. Consider this: the top five highest-paid quarterbacks in the league have a combined win-loss record of 9-13 in the postseason. If you exclude Drew Brees from that group, the playoff record becomes 3-8. 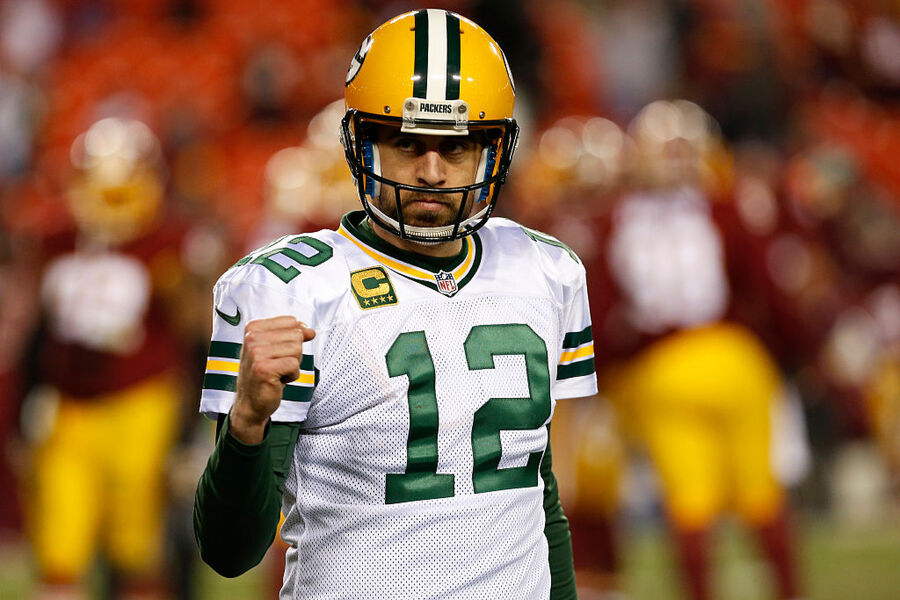 It's silly to put a lot of stock in quarterback wins, as there are plenty of other players that contribute to a victory or defeat. But Rodgers' stats warrant a huge payday. He's thrown for at least 30 touchdowns in five of the past six seasons and has tossed single-digit interceptions in all of those six seasons. His lowest quarterback rating as a starter was 92.7, and he routinely makes critical throws in big moments.

Rodgers certainly deserves the big bucks, but the problem is that if the Packers pay him too much, it might limit the roster they can put around him. Then again, Rodgers is such a transcendent talent that Green Bay could probably get by with complementary pieces that are only average to above average.

They've essentially done that for much of Rodgers' career already. He's never really had a strong running game to take some of the pressure off his throws, and the Packers defense is usually middle of the pack or worse.

It'll be interesting to see just how much Green Bay offers Rodgers when it's time to negotiate a new deal. Surely the Packers know what they have, and they've seen other teams, like the Jets and 49ers, look absolutely dreadful without a solid quarterback. Rodgers is among the game's elite – and the Pack will likely have to pay him accordingly.