Aaron Judge Rejected A Massive Contract Last Year To Bet On Himself This Year…He Chose Wisely!

Even if you don't follow baseball, you know the name Aaron Judge. ESPN broadcasts have cut into other sports to show his at-bats as he chases the American League record for home runs in a single season. Some pundits even suggest this is the true home run record since everything over 61 single-season home runs occurred during the steroids era.

Either way, Judge is having himself a fantastic season. Beyond the home runs, he's also flirting with a Triple Crown, which only a dozen players have pulled off since 1920. And as MLB.com points out, Judge could even accomplish a Quadruple Triple Crown, leading at least the AL in a whopping 12 different categories.

What makes Judge's historic season even more noteworthy is that it's happening during a contract year… and that means he's about to get PAID this offseason. 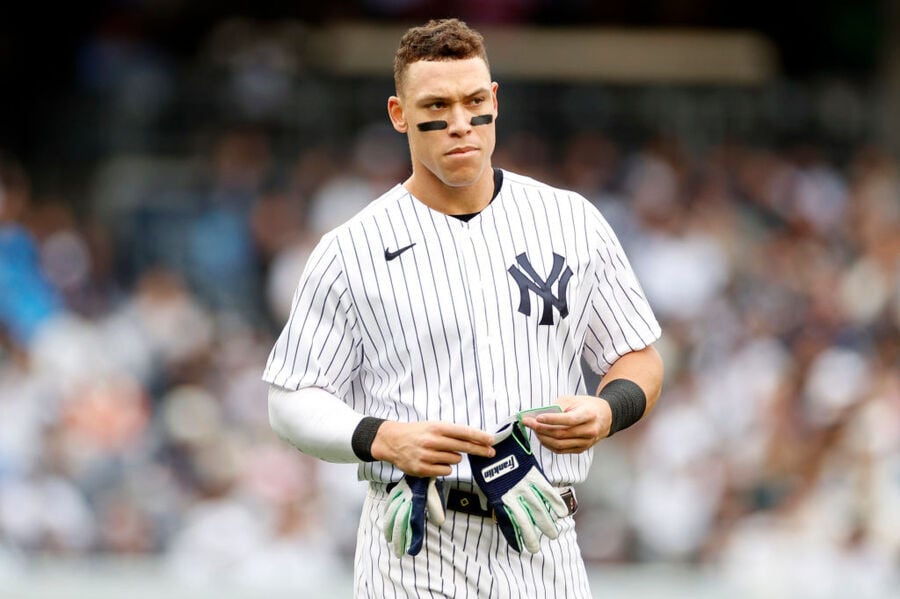 Before the 2022 season started, Aaron and the New York Yankees weren't able to negotiate a contract extension. Yankees general manager Brian Cashman told reporters the team offered Judge $17 million in arbitration and a seven-year, $213.5 million contract. Judge turned the deal down, likely looking at some of the other deals star players were getting and believing he was worth more. But he did make a counter offer! Rumors suggest that Aaron indicated to the Yankees that he would sign a 10-year, $360 million deal. But the Yanks apparently declined.

Instead, Judge received $19 million this season through arbitration.

And now, after betting on himself, he's likely looking at an enormous payday. Judge would have made a little more than $30 million per year with his last deal. Thanks to his impressive season, he should receive an offer worth more in both annual and total value.

As a comp, Juan Soto is currently reportedly looking to lock down a 10-year, $450 million deal. That's an average annual contract value of $45 million. But Juan Soto is 23 years old. Judge is 30, and it's unlikely a team will take a 10-year risk at $40+ million locked-in.

Furthermore, as ESPN's Jeff Passan notes, larger sluggers tend to have deals that age poorly. Any team that signs Judge will be looking to maximize the first five years of his deal. A team could also get creative with its contract and front-load the money so Judge is making more when he's younger and presumably more productive. Yet even in that case, he'd end up with a higher salary.

As a reminder, Aaron already turned down a 7-year $213 million offer BEFORE this monster season. So with all these facts, let's assume Aaron will be looking for something in the range of 7-years and $350 million. That would equate to $50 million per year as an average annual value.

If that's what happens, Aaron will have made $370 million over the course of time (including this season's $19 million) as opposed to $230 million. In other words, if these hypothetical numbers prove accurate, by betting on himself Aaron will have earned himself an extra…

For now, Judge is focused on helping the Yankees win a World Series. But after the postseason, it's time to focus on his financials.