The 2016 Olympics in Rio have had a lot of cool moments – swimmers like Katie Ledecky and Michael Phelps shattering world records and total medal count records, respectively, and the U.S. women's gymnastics team dominating just about every category possible.

But every time the Games get some positive momentum, something comes out to derail it all. Obviously, there was plenty of chatter in the weeks and months leading up to the Olympics, whether it was the lack of available infrastructure or the potential for catching the deadly Zika virus. There have been other scandals, though: in the past few days, Ryan Lochte and three other U.S. swimmers were robbed at gunpoint, and now, a top Olympic official has been arrested for scalping tickets to the Olympics.

Patrick Hickey, who has led the Olympic Council of Ireland since 1989, was arrested as part of a larger probe into tickets allotted to the country that were being sold illegally at the Summer Games. Hickey is facing three charges, with a maximum of seven years in prison if he's convicted on all three.

According to IOC spokesman Mark Adams, the allegations are focused on more than 1,000 tickets that were issued to the Irish national Olympic Committee. The IOC is not representing Hickey in his legal battle. 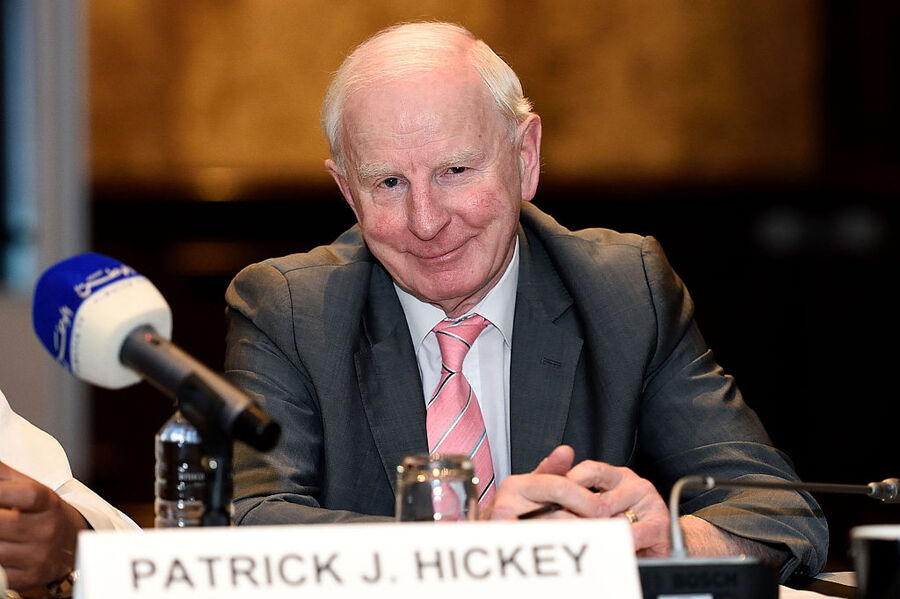 Hickey is a former Irish judo champion, and has served as Ireland's IOC representative for more than 20 years. He was named to IOC's executive board in 2012. Hickey is currently serving a four-year term as president of the European Olympic Committees after running unopposed in 2013.

The 71-year-old wasn't in his room when police came to arrest him, and his wife said he had returned to Ireland. That proved false, though, when police found him elsewhere in the hotel he was staying at. Another Irish executive was arrested last week, and four more are wanted in the same investigation.

The suspected company is British hospitality provider THG Sports; Kevin James Mallon, one of the company's heads, was arrested at the start of the Rio Games, as was an employee who was acting as an interpreter. Mallon was sporting fake tickets, according to police.

Rio, who also hosted the World Cup just two years ago, experienced scalping issues back then, too. Mario Andrada, spokesman for the Rio 2016 Organizing Committee, claimed they worked with the police for multiple years leading up to the Olympics to improve both the ticketing system and security features on tickets to try and avoid similar scalping issues.

However, with more than 6.5 million tickets sold for the Summer Games, it's one of, if not the biggest sporting event in the entire world. The IOC will have to continue to find ways to improve the system if they want to avoid scalping in the future.