If you're under 25 years old, chances are you probably don't know about LA Gear. The shoe company, which was endorsed by Kareem Abdul-Jabbar, James Worth, and Joe Montana, is most famous for its light-up sneakers. The kicks were stylish back then, but the company filed for bankruptcy in 1998 and was eventually purchased by ACI International.

But now, LA Gear is back in the spotlight.

The company asserts that trademark filings for "LA Rams" and "LA Chargers" are too similar to "LA Gear." Why? Because all three use "LA." 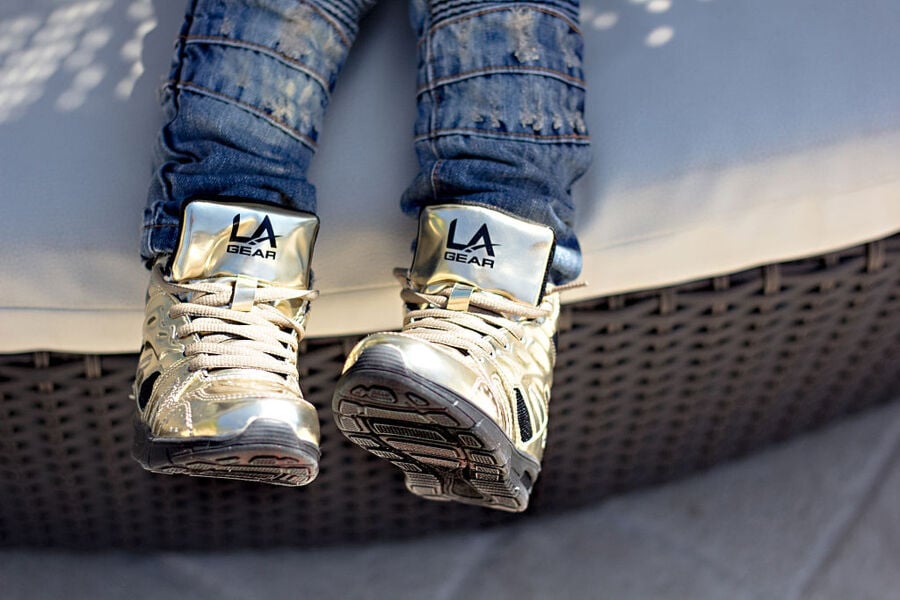 According to filings with the U.S. Patent and Trademark Office, both the Rams and Chargers have been in settlement talks. But last month, the Rams offered a formal response to LA Gear's claim of ownership: basically, that it has no claim.

The Rams say LA Gear can't own the term "LA" because it's an abbreviation of Los Angeles, and a company can't own an entire city. The team also noted that in the past two decades, hundreds of trademarks using "LA" or "Los Angeles" in the clothing goods category alone have been granted.

Meanwhile, the Chargers and LA Gear are still in talks. However, it's highly unlikely that LA Gear emerges victorious here. Their case is pretty flimsy, at best.

That skepticism can be felt throughout the world of law, too. As Josh Gerben, a trademark lawyer in Washington, D.C. so eloquently put it: "The Cleveland Browns probably have a better chance of winning the Super Bowl than LA Gear does of winning this case."