Why Is A School Paying The Football Coach They Fired More Than Their Current Coach?

While many of us don't love our jobs (a recent survey showed that 70 percent of Americans hate their jobs), we all realize that we have work in order to provide for ourselves and our families. But what if you could get paid to NOT do your job? Many people would call that a dream come true. Well, welcome to the world of college football coaches, where coaches not only get paid to not do their jobs, but also, in the case of one school in particular, a fired coach gets paid more than the active coach! Let us explain.

The University of Notre Dame released its 2015 federal tax returns this week, and it revealed something very surprising; Charlie Weis, the head coach of the football team from 2005-2009, received more money from the school than their current head coach, Brian Kelly, who was hired by the Fighting Irish after Weis was fired. According to the returns, Weis made $2,054,744 during the reporting period of July 2014 through June 2015. Kelly on the other hand, received $1,624,730 during the same period, over $400,000 less than Weis! 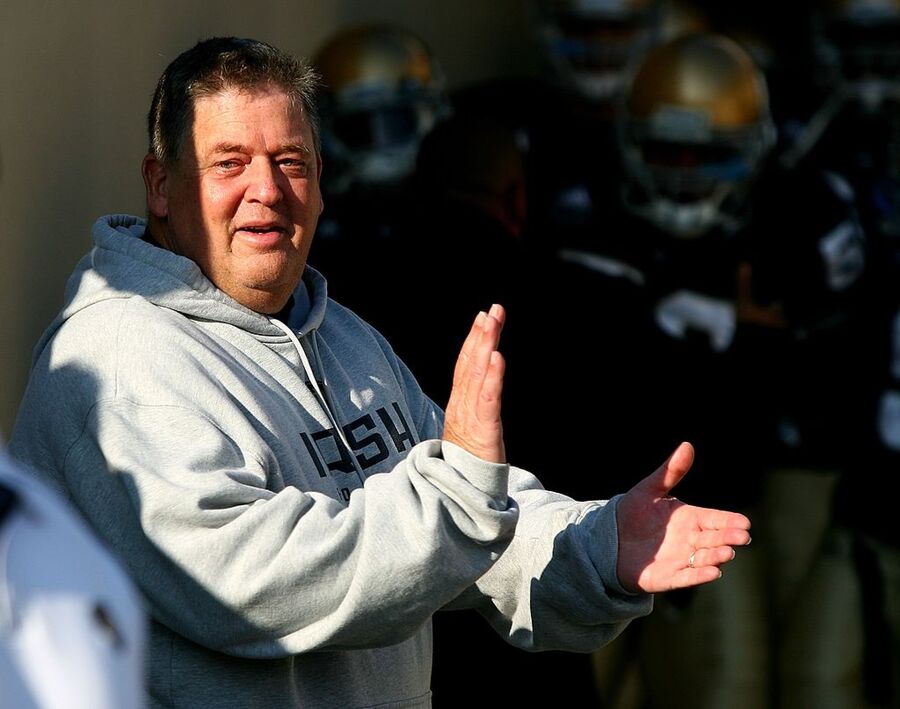 Weis has been living the dream since he was fired from Notre Dame almost seven years ago, raking in a total of $16,912,123 from the school since his dismissal as of this most recent tax return. And he's not done making money. Notre Dame owes him "additional annual payments" through December 2015, meaning that the school will ultimately pay him a total of $18,966,867 to not work. Though Weis has held a few different jobs since being fired from Notre Dame, most recently holding the position of head coach at the University of Kansas, he hasn't worked since 2014 (Kansas owes him $5.625 million in buyout payments, from the date of his firing through the end of 2016). With the kind of money he has rolling in, why would he?

Somebody get me Charlie Weis's agent on the phone right now. How he is able to orchestrate these deals to get paid not to work is beyond me. That man is a miracle worker.