Olympic athletes train tirelessly for their shot at glory. They only have an opportunity once every four years to snag an Olympic medal; to do so is a tremendous honor, not just individually, but for their country, as well.

For Poland's Piotr Malachowski, though, he's found a much more worthy cause than winning a medal.

The discus thrower won the silver medal in this year's Rio Olympics, but he put his prize up for auction to help pay for the treatment of a three-year-old boy that has eye cancer. 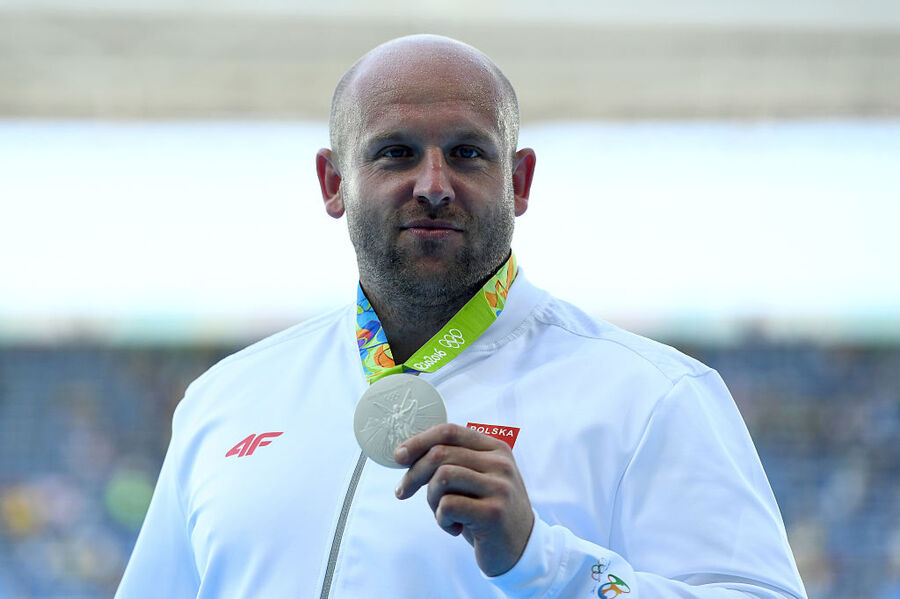 Malachowski ended the auction three days early, when Dominika and Sebastian Kulczyk, the wealthiest couple in the country, offered $84,000 for the medal. The auction price was at around $19,000 when the Kulczyks made their bid.

The child, Olek Szymanski, suffers from retinoblastoma, a rare form of cancer that rapidly develops from the immature cells of the retina, the light-detecting tissue of the eye. He's having surgery in New York to try and save his eyesight. The total cost of the surgery is $126,000, but a third of that has already been raised by Siepomaga, a foundation that helps those in need.

Announcing the end of the auction on Facebook, Malachowski wrote:

"We were able to show that together we can do wonders. My silver medal today is worth a lot more than a week ago. It is worth the life and health of a small Olek. It is our great shared success."

The actual value of a silver medal, taking into account the materials it's made from, is about $325. Most countries award some kind of cash prize to their athletes who medal, but as Malachowski implies, his wasn't likely to score him $84,000, so he's doing something much more noble with it.

The Kulczyks, who purchased the medal, are brother and sister. They inherited their fortune from their father, Jan, who passed away last year in July. A recent Forbes estimate says the pair are are worth $3.4 billion combined. Great to see them spending their money in a rewarding way like this!

As a country, Poland won 11 medals in the Rio Games: two golds, three silvers and six bronzes. But none of them are more valuable than the one Malachowski won. It could literally save a child's life.