A Piece Of The New York Yankees Is For Sale And It Will Not Be Cheap!

Every kid who plays baseball growing up wants to play for the New York Yankees when they get older. If you are going to play for anyone, why not choose the best franchise in the history of baseball? They are not currently the best in the game, but until another team wins the World Series 27 times, the New York Yankees will be the flagship franchise of Major League Baseball.

How awesome would it be to own a piece of that? Not a major piece, of course. The Steinbrenner family will never allow anyone else to own a significant piece of the Yankees. Hal Steinbrenner, the managing general partner of the team, recently stated in an ESPN interview that the family has no plans to sell the ball club anytime soon. In fact, they are looking to get the next generation involved – the grandkids are starting to ask when they can join the family business.

"It's already been discussed," Steinbrenner said. "We got a lot of grandkids, and they're very interested. The idea is, it's time to let the young elephants in the tent, in George's words. So it's begun." 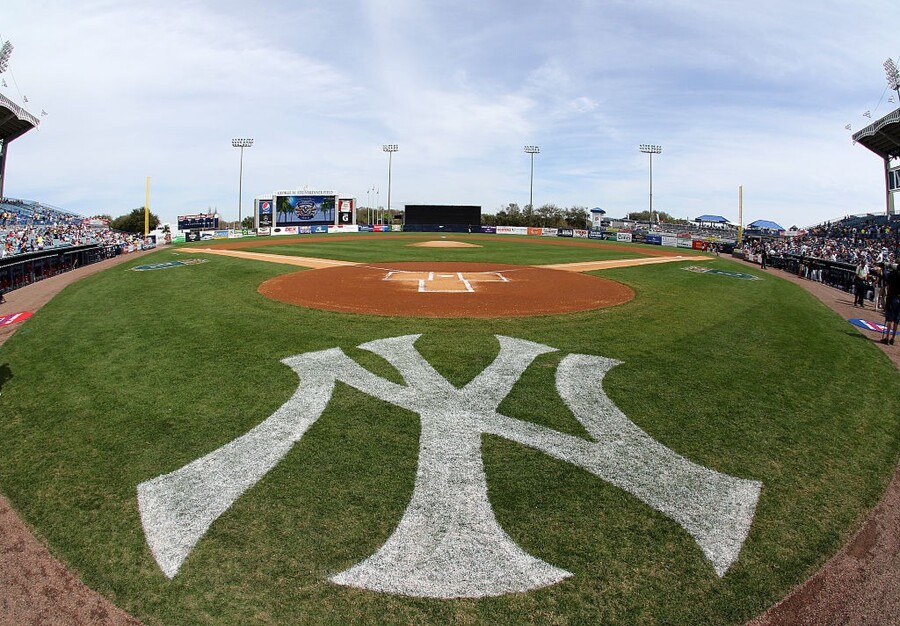 Does this mean that in order to own a piece of the Yankees, you have to marry into the family? That would be one route, but there is another. The Steinbrenner's have been the face of the organization ever since George Steinbrenner and his partners bought the team for $8.8 million, back in 1973 (he pitched in only $168,000), but they have never owned 100 percent of the team. There has always been a handful of minority owners, and one of them has decided to put a small piece of the team up for sale.

How small of a piece? You can own one whole percent of the New York Yankees for the bargain price of $24 million – and that actually is a bargain price.

The team's value has been estimated to be anywhere from $2.75 to $3.2 billion. That would put the value of one percent of the team at $27.5 to $32 million. For the purpose of the sale, the investment firm handling it has decided to use $3 billion as the valuation of the team. One percent of $3 billion comes to $30 million, but since minority owners don't really have any say when it comes to team operations, a 20 percent limited partnership discount has been applied, dropping the asking price to $24 million.

What a steal! Is it worth it?

No one generates revenue quite like the Yankees. Last year, even though they only made it as far as the wild card game, they generated $508 million – so you'll make your money back in no time, right? Not exactly. Of that $508 million, they only produced $8.1 million in operating income.