Gerrit Cole and Stephen Strasburg battled hard in the World Series, with each pitcher turning in strong performances in critical games. Strasburg ultimately won out as the Washington Nationals beat the Houston Astros in seven games, giving Strasburg – and the Nationals franchise – his first title. Strasburg also took home the World Series MVP.

But this offseason, Cole got the last laugh.

One day after Strasburg signed a $245 million deal to stay in Washington, Cole signed the largest contract for a pitcher. He'll make a whopping $324 million over nine seasons. 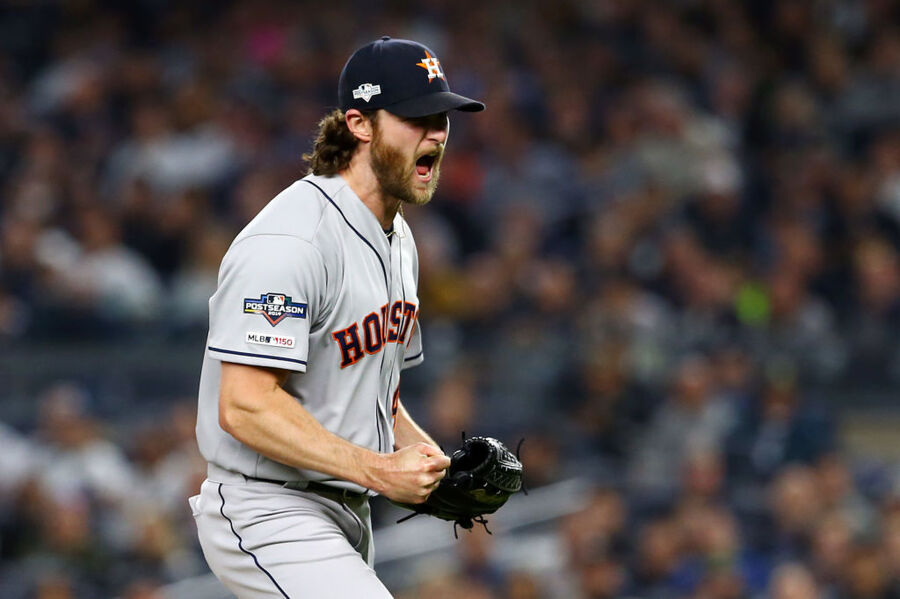 The contract is the fourth largest in MLB history. Only the Angels' Mike Trout ($426.5 million), Philadelphia's Bryce Harper ($330 million), and the Yankees' Giancarlo Stanton ($325 million) will make more over the lifetime of their respective deals. San Diego's Manny Machado ($300 million) is the only other player to have a deal worth $300 million or more.

Cole led the league with 326 strikeouts last year, posting a 20-5 record with a 2.50 ERA. He helped the Astros reach the World Series for the second time in three years, though he'll ultimately leave without a championship.

His massive deal is part of a change in the MLB landscape. Cole is one of 45 players making at least $100 million.

Compare that to 40 years ago. In 1979, Nolan Ryan became the first pitcher to sign a contract worth $1 million. Cole and Strasburg will make more money than that per start.

Cole's arrival means the Yankees should once again enter the season as a favorite to win the World Series. Believe it or not, the Bronx Bombers have gone a full decade without winning a championship. If Cole can help deliver another title, he'll be worth every penny.