William Perry, nicknamed the Refrigerator, was an overwhelming force to be reckoned with on the football field. Off the field in retirement, however, it seems the forces are reckoning with him.

On Monday of this week, just one day before the passing of Buddy Ryan, the defensive coordinator for the 1985 Bears squad, Rick Telander of Sports Illustrated released a stunning exposé on the current health of William Perry. Perry was a member of that historic '85 Bears team – the anchor for its dominant defensive line.

According to Telander, the diagnosis is not good.

In his playing days, though the public remembers him as being a bit on the chubby side, Perry was far more than dead weight. At the time he was only just over 300 pounds, possibly ranging near the mid-300s by the end of his playing days in 1993. He was a rocket off the line, often seen lining up at tailback on the offensive side of the ball for short gains. Strong as the hulk, the 6'2″ could also reportedly dunk a basketball. In other words, he was an all-around vision of athletic prowess, "a hell of an athlete" as former coach Mike Ditka puts it.

These days, it's a different story. 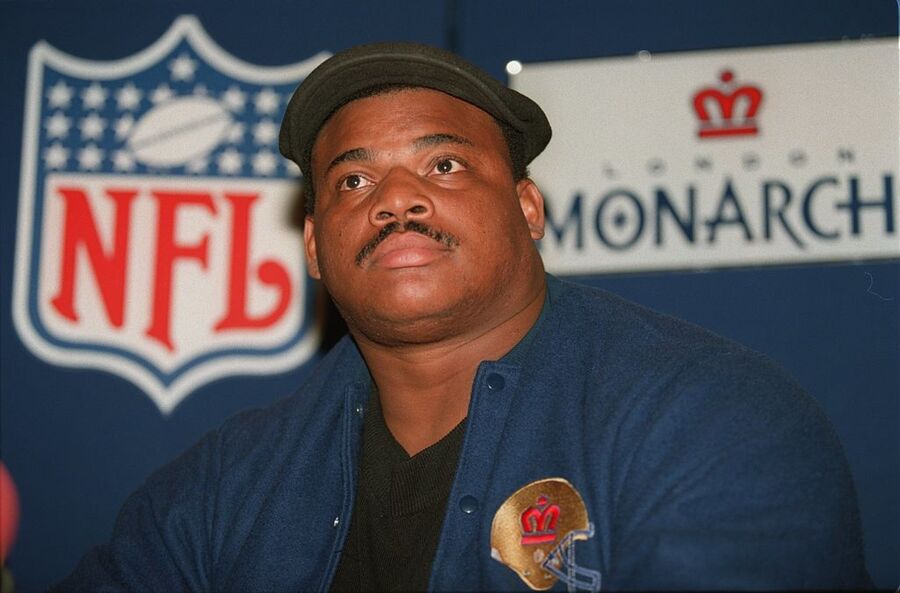 Telander paints Perry as a 450+ pound diabetic who has lost all feeling in his hands and from the shins down. He can barely walk or control his bladder, and suffers from signs of CTE, a neurological condition which has been directly linked to head trauma suffered while playing football. Perry can barely hear and won't use hearing aids, and he suffers from possible side effects of Guillain-Barré syndrome, yet another neurological disorder that may be linked to a severe tooth infection he had years ago. Add to that one more issue that has a proven negative impact on… well… just about all of the above: alcohol.

In 2011, Perry publicly proclaimed himself to be an alcoholic. He's been to therapy and treatment, and his family and friends implore him to stop. Whether it's obesity, diabetes, or neurological malfunctions, every single one of his major health concerns would call for sobriety. But on a normal day, Telander places the 53 year old Perry on the street outside his retirement home in Aiken, South Carolina, where he lives alone, sitting in his Hummer H2 tipping back a bottle of beer or a cup of vodka, reeking of urine.

Talk about a role model.

It doesn't end there though. The millions he made while playing for arguably the best defensive football team in history? Gone. Not long ago, the retired Bear reportedly auctioned off his Super Bowl ring for $200,000 and never saw a penny of it because he owes so much to the IRS and others. He has squandered his wealth and lives on a meager salary from social security and an NFL pension (public records show that he made about $14k last year).

As for his family situation? It's turbulent at best.

His younger brother Michael Dean is his official caretaker. Dean has been accused by Perry's older brother Willie for being negligent and greedy, failing to give Perry the care he needs and keeping him down just to make money off of him. Dean denies this, saying that he makes no money from Perry, and that it's the Refrigerator's stubbornness that keeps him in the state he's in. Meanwhile, Perry's multiple ex-wives are nowhere to be found, and his four children don't know where they stand legally in their ability to help their estranged father.

But what does Refrigerator Perry have to say about his situation?

"I'm my own man. It's simple. I ain't never trying to be famous. I never, ever try to be extravaganza. I'm just a plain old country boy!" He goes on to say, "I'm home and I'm happy. I ain't got no plans. I'm just gonna relax and take my time."

But I think Mike Ditka sees the situation much more clearly:

"It's a great life wasted," says Ditka. "It's tragic. I think he's given up. And the question in my mind is, Why?"

Why indeed. We can only hope that one day Perry will wake up to find there's more life left to live, and that it can't be found in the acrid dregs of his vodka tumbler.