We haven't even reached NBA free agency yet, but already the landscape of the league has changed. The Los Angeles Lakers and New Orleans Pelicans agreed to a trade that will send disgruntled superstar Anthony Davis to the Lakers. In return, the Pelicans will receive Lonzo Ball, Brandon Ingram, Josh Hart, and three first-round draft picks.

The trade immediately made the Lakers the favorites to win next year's NBA Finals, according to Vegas sportsbooks. At the beginning of May, the Lakers had 20-1 odds of winning the championship. But after serious injuries to Golden State's Kevin Durant, Klay Thompson and reports of turmoil coming out of Houston, the Lakers' odds steadily improved.

Now, the Lakers are 3-1 favorites to win the championship with Davis, LeBron James, and Kyle Kuzma as their core. Sure, they probably don't have enough money to sign another star (as they had originally planned) and currently only have five players under contract. But having a superstar in his prime and LeBron – even if he's on the back end of his career – looks tough to beat.

One bettor certainly believes so…and may have gotten some insider information before placing this $10,000 bet:

The Westgate Las Vegas SuperBook just took a $10,000 bet on the Lakers at 5/1 to win the championship next season. The Lakers were already the favorites. Their odds have since been adjusted to 9/2.

The Lakers were at 5-1 odds for just 27 more minutes – that's when ESPN's Adrian Wojnarowski broke the news of the Davis trade. Then they immediately dropped to 3-1 odds.

Is the timing of the bet suspicious? Absolutely. It's possible the bettor knew something was about to be announced and wanted to jump on the action while the payout was higher.

Then again, maybe the bettor was just guessing Davis would eventually end up with the Lakers. He had said publicly that he wanted to play in either L.A. or New York. The bettor could have decided L.A. was more likely and placed a bet on the Lakers.

Either way, it'll look like a very clever move if the Lakers are lifting the Larry O'Brien trophy next June. 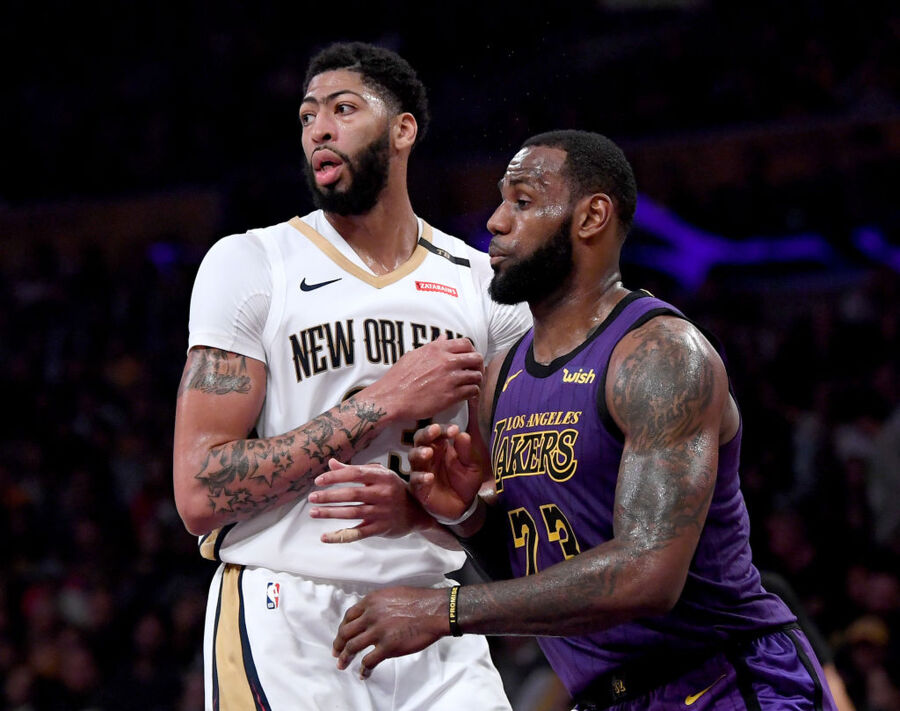 Harry How/Getty Images
Did we make a mistake?
Submit a correction suggestion and help us fix it!
Submit a Correction