A Big New Contract And A Reality Dating Show? It's Been A VERY Good Week For Chiefs Tight End Travis Kelce

Kansas City ended the regular season as one of the hottest teams in the NFL. They won their final 10 regular season games, and even notched a 30-0 victory over the Houston Texans in the first round of the playoffs. Sure, their season ended in a disappointing loss to the New England Patriots, but there's plenty to build on with their roster.

One of those building blocks? Travis Kelce. The Chiefs just signed the tight end to a five-year, $46 million deal, with $20.017 million guaranteed. The agreement will keep Kelce in Kansas City through 2021. It makes Kelce the second-highest paid tight end in the league, behind only Rob Gronkowski, and tied with Jacksonville's Julius Thomas.

Even sweeter, Kelce signed the deal while he was in Hawaii for the Pro Bowl. That big contract probably looks a little bit better when you're next to the beach and palm trees. 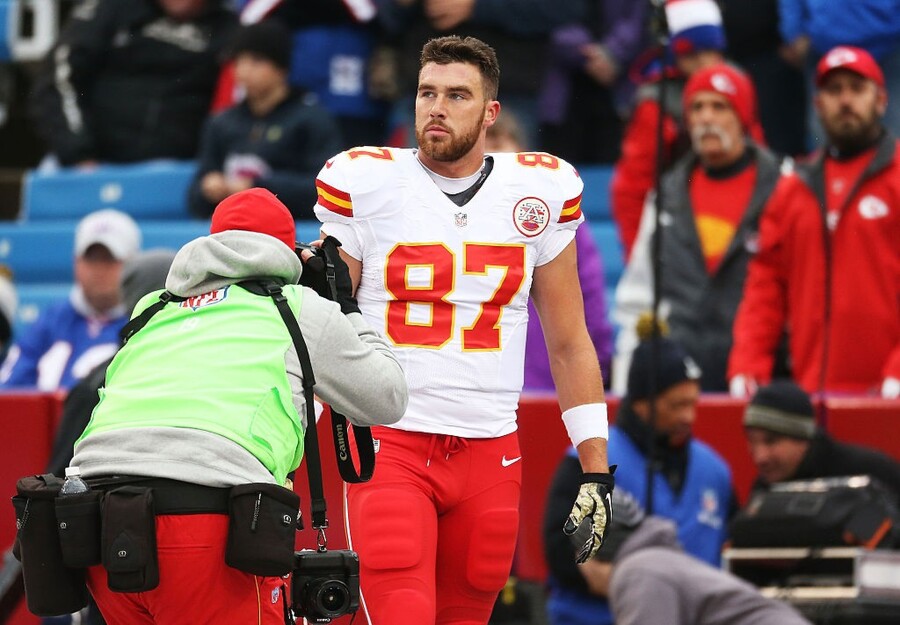 ORCHARD PARK, NY – NOVEMBER 09: Travis Kelce #87 of the Kansas City Chiefs warms up before the first half against the Buffalo Bills at Ralph Wilson Stadium on November 9, 2014 in Orchard Park, New York. (Photo by Tom Szczerbowski/Getty Images)

Though there were concerns about his character issues coming into the league–Kelce missed an entire season at Cincinnati after being suspended for violating team rules–he's been well-behaved since entering the league. He's also become one of the more popular players on the team, in part thanks to his boisterous personality.

Kelce's tall, statuesque frame and outgoing charm makes him an ideal candidate for an off the field excursion, too. Specifically, a reality dating show.

E! Entertainment confirmed the tight end will, in fact, star in a reality dating show. Filming will commence this off-season, and the eight-episode season will run later this year. Fifty women, one from each state, will come out to Los Angeles to compete on the show, as Kelce searches for true love. Or, as the show bills it, his lifelong "teammate."

Hey, he spends time with about 50 men throughout the year on the Chiefs' roster. Why not try the alternative during the off-season?