Calvin Ridley only played in five games for the Atlanta Falcons last season. The wide receiver took time off in October for his mental health, not returning to the field as the Falcons struggled through a down year. Ridley still got action in other games, though—just not the kind the NFL wants.

During a five-day period in November, the NFL said Ridley bet on football games. Ridley wasn't playing at the time, though he reportedly made some bets in games involving his own team. As a result, the NFL suspended him indefinitely. He'll miss the entire 2022 season before he can apply for reinstatement next year. Per the NFL, Goodell wrote a letter to Ridley about his gambling moves.

"For decades, gambling on NFL games has been considered among the most significant violations of league policy warranting the most substantial sanction," Goodell wrote. "In your case, I acknowledge and commend you for your promptly reporting for an interview, and for admitting your actions." 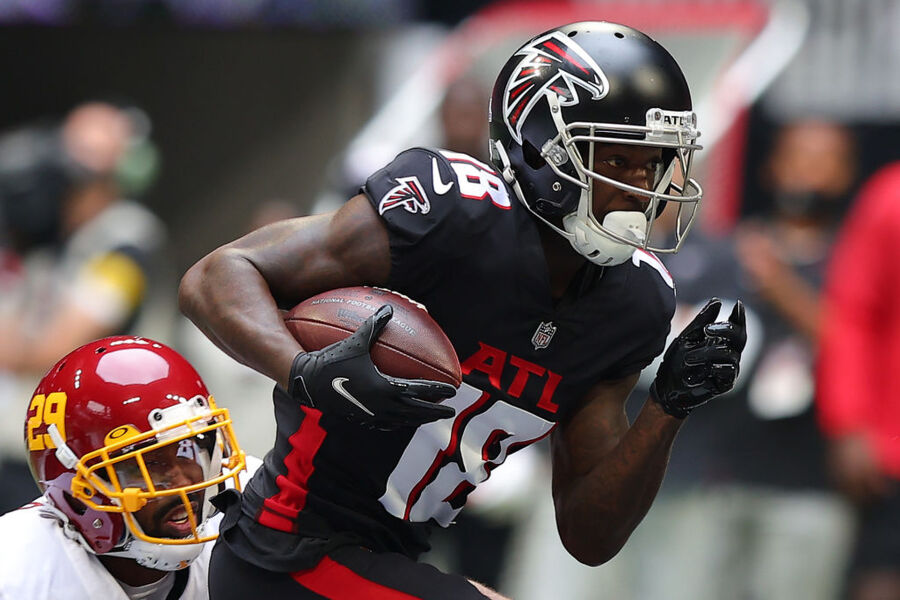 In a series of tweets, Ridley alluded to placing the bets. He claimed to have bet $1,500 total on the games, but said he doesn't have a gambling problem.

However, his move will still prove costly. Ridley, who's played four seasons in the NFL, was due to earn $11.1 million from the Falcons this year. Instead, his contract will be voided, meaning the Falcons now have an extra $11.1 million in salary cap space. That's good news, since Ridley's contract had put the team $7 million over the salary cap.

Ridley will go a year without getting paid, but his contract is essentially deferred for another year. Instead of playing out the 2022 season, he'll sit out a year, return in 2023, and finish out his rookie deal then.

However, we know how quickly things can change in professional sports. When Ridley returns, will Matt Ryan still be the Falcons quarterback? Or will the receiver have to get used to a new player throwing him the ball? Will Ridley suffer an injury while training during the year off or in 2023? He's losing a year of his prime, and the Falcons (or any other team) might not be willing to offer as much money on a future deal.

There are a lot of uncertainties, but we do know this: Ridley has plenty of time to rest up over the coming year.