7 Things To Watch For This NBA Season

As the NBA regular season inches closer, the league is buzzing with questions. Can the Cavs repeat as NBA champs? Will Steph Curry set another three-point record en route to a third consecutive MVP award? How will all the new free agent acquisitions fit in with their teams? We can't predict the future, but we sure can try. Here are seven big things to look for as the NBA season approaches.

How Will Kevin Durant Fit In With The Golden State Warriors?

The Warriors set regular-season history last year, piling up 73 wins. That's more than any other team has done before. But ultimately, most people will look at the season as a disappointment, as the Warriors blew a 3-1 series lead to the Cleveland Cavaliers in the NBA Finals. So what did Golden State do? They just signed one of the top players in the league, Kevin Durant. It's a modest two-year, $54.3 million deal, but you'd have to imagine Durant will be sticking around for the long haul if the Warriors have any kind of success. If the preseason is any indication, the team will be a well-oiled machine. Having Durant adds additional spacing, as he can both handle the ball and shoot from outside. Another interesting storyline will be how this affects Draymond Green, the Warriors' emotional leader. In the past, he's been the "grab it and go" guy off a miss, running point on the fast break. Now he'll have to contend with Durant eating into some of those possessions. Can Green establish a new productive role on the team? 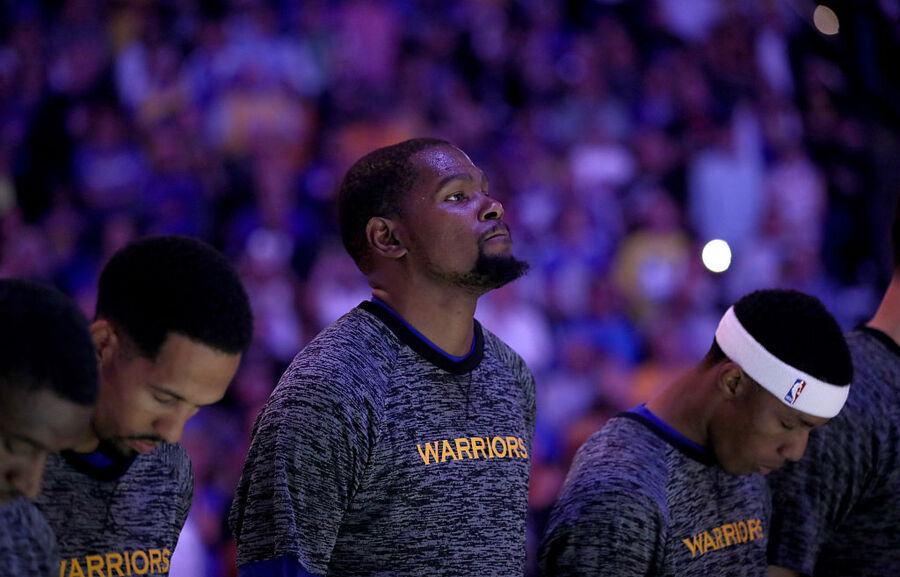 How Many Triple Doubles Will Russell Westbrook Have?

After Durant left Oklahoma City, most experts and fans alike thought Russell Westbrook was as good as gone, too. But Westbrook stayed put, signing a three-year, $86 million contract extension. It's money well spent: Westbrook is a triple double machine. Since 2008-09, nobody had had more than seven triple doubles in a season. In 2014-15, Westbrook had 11, then topped that with 18 this past year in 80 games. That's just about a triple double every four games, which is simply absurd. Westbrook's usage rate was 31.6 percent last year, and that was with Durant on the floor. With KD out the door, don't be surprised if Westbrook is involved in more than 40 percent of the Thunder's plays this year. Having the ball in his hands so often could lead to a huge amount of triple doubles.

What Exactly Are The Chicago Bulls Doing?

The Bulls, who nearly knocked out the LeBron James-led Cavaliers from the playoffs in 2015, had a disappointing season last year, completely missing the postseason altogether. In an effort to get younger, the team let Pau Gasol and Joakim Noah leave in free agency and traded away Derrick Rose. With an influx of young talent, including 2016 draft pick Denzel Valentine, it looked like the Bulls were set on rebuilding around their young squad. But then they went out and signed Dwyane Wade (two years, $47 million), and Rajon Rondo (two years, $28 million). Wade's effective shooting percentage last season was a career low, and last season was the first time in five years he didn't miss at least 15 percent of the season. Rondo, meanwhile, had more turnovers last year than he's ever had, and while he's displayed better three-point shooting over the past two seasons, he's still just a shade under 29 percent for his career. In a league where shooting has become a necessity, having a backcourt that can't shoot is worrisome. Oh, and they'll turn 35 and 31, respectively, this season, which is notable for not being young in the league. It's hard to imagine the Bulls getting much better than last season's 42-40 record, but it's also hard to imagine them being much worse. And in the NBA, mediocrity is the last thing you want. 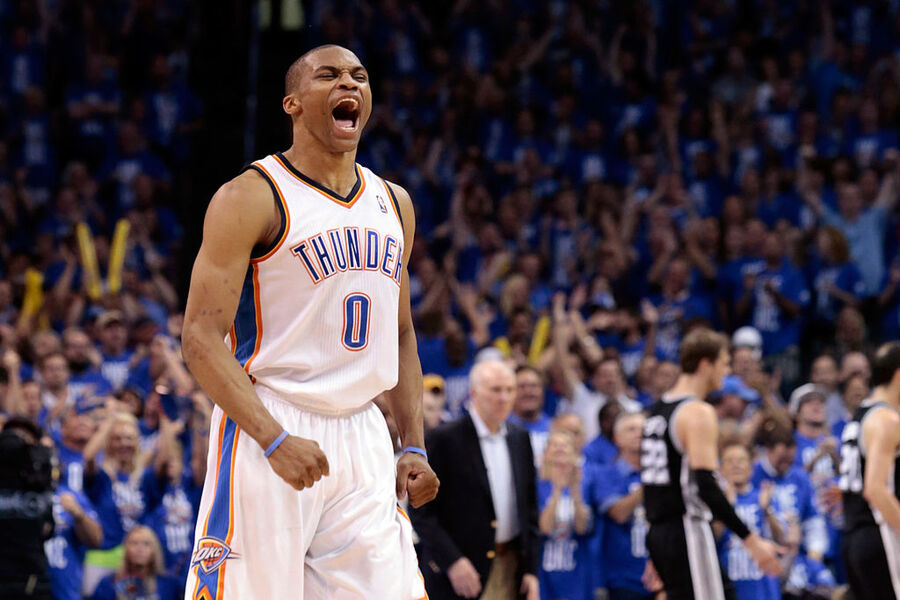 Who Will Be This Year's Surprise Team From The East?

Each year, there's one team that comes out of the woodwork to shock everyone with a productive season. Two years ago, it was the Milwaukee Bucks. Last year, the Detroit Pistons returned to the postseason for the first time since 2009. One of the teams to look for this season? The Indiana Pacers could make a big leap. As the seventh seed last year, they gave the Toronto Raptors all they could handle in the first round. Granted, they let some of their key players of that run go, including a trio of Hills: Solomon, George and Jordan. In return, they acquired Jeff Teague, Al Jefferson, Thaddeus Young and Kevin Seraphin. Most importantly, they still have a Top 10 player in Paul George, and both he and Myles Turner should improve this year. They'll be far more uptempo than they have been in years past, which has become the trend in the NBA. If George and Turner make those expected jumps, they could contend with the Cavs and Raptors for the top two spots in the East. Conversely, the Orlando Magic have quietly built one of the best defensive rosters in the entire league. They've added Serge Ibaka (via trade) and Bismack Biyombo (via a four-year, $70 million deal in free agency), and while they may end up regretting letting Tobias Harris go for virtually nothing, teams are going to find it extremely difficult to score against them. If they can find any sort of consistency on offense, they could return to the playoffs for the first time since Dwight Howard left in 2012.

Who Will Be This Year's Surprise Team From The West?

In the West, look for both the Denver Nuggets and New Orleans Pelicans to be better than they were last season. The Nuggets are getting a healthy Wilson Chandler and Jusuf Nurkic back and should see improvements from last year's rookies, Emmanuel Mudiay and Nikola Jokic. They also have three rookies this season in Jamal Murray, Malik Beasley and Juan Hernangomez. Denver only needs one of those guys to make meaningful contributions to have a deep, solid roster and a shot at the playoffs. Meanwhile, New Orleans likely can't get any more unlucky than last season. This team started Kendrick Perkins and Nate Robinson on opening night, and it only got worse from there. Don't forget that the Pelicans have a franchise player in Anthony Davis. With oft-injured Eric Gordon and Ryan Anderson gone, New Orleans welcomes in Buddy Hield, who very well may be the best shooter from this year's draft, and Solomon Hill and E'Twaun Moore should fit in well, too. The biggest question mark for New Orleans will be when Jrue Holiday gets back on the floor – he's taken an indefinite leave of absence to care for his wife, Lauren, a former professional soccer player, as she undergoes treatment for brain cancer.

Who Wins Rookie Of The Year?

With No. 1 overall draft pick Ben Simmons out for a few months as he recovers from a broken foot, the race for Rookie of the Year is wide open. Minnesota rookies have won the past two years – Andrew Wiggins in 2015 and Karl-Anthony Towns in 2016 – which bodes well for Minnesota guard Kris Dunn. However, if he gets stuck behind incumbent Ricky Rubio at point guard, it'll hurt his chances. Hield has an All-Star in Anthony Davis on his side, and with hot shooting he could take home the award. Brandon Ingram, the No. 2 pick in the draft, will get a lot of minutes but is on a directionless Lakers team. That could potentially hurt his consistency. There's also Simmons' two teammates: Dario Saric and Joel Embiid. Saric will finally make his NBA debut after playing in Europe, and with Simmons out, he'll get to showcase his playmaking ability. Embiid was the No. 3 pick in the 2014 draft, but foot injuries have derailed his career. He's shown glimpses of greatness during his rare preseason action, so if (and it's an enormous if) he can stay healthy, he could win Rookie of the Year in what's technically his third season in the league.

Who Wins The MVP Award?

Steph Curry has taken home the award the past two seasons and opens this year as the favorite in Vegas. Will he be rejuvenated after a poor showing in the NBA Finals? Or will he and his team (including new teammate and former MVP Kevin Durant) take it easy during the regular season so they're at their healthiest and most focused during the playoffs? LeBron is always a threat, though he'll turn 32 in December. Nobody that old has won MVP since Karl Malone took it home at age 35 during the lockout-shortened season in 1999. And Westbrook, who nearly averaged a triple-double last year, could very likely go off now that he's top dog in Oklahoma City. His winning the award will depend on how good the Thunder are as a whole. Other possible candidates include the Pelicans' Davis (who's coming off an injury-filled season), Houston's James Harden (who's transitioning to point guard), Indiana's George and the Spurs' Kawhi Leonard, who are both primed for a big leap this season.

No matter what happens when all is said and done, this should be an incredible year of basketball. Enjoy the season!