It's no secret that NBA stars can make a lot of money. As the league's salary cap continues to increase every year, the potential for lucrative salaries grows higher. In fact, 20 players had salaries north of $30 million this past season, and even role players could do well. The average salary for an NBA player in 2019-20 was more than $6.9 million, with the minimum hovering at just over $2.9 million.

Even with these current-day huge numbers, there are still plenty of guys that earned a surprisingly large amount of money throughout their playing days. Some of the names on this list are retired, while others are still playing, giving them a chance to earn even more. But one thing connects them all: they made a ton of money while on the court.

Chris Bosh headlines this list as a top-ten earner in NBA history. He spent the first half of his career with the Toronto Raptors before teaming up with LeBron James and Dwyane Wade in Miami. The "Big Three" made four straight NBA Finals, winning two titles along the way.

Bosh officially retired just last year, though he hadn't played a game since 2016. Though the 11-time All-Star certainly had a decorated career, the relative brevity of it makes his career earnings a surprise. Bosh played 13 seasons before recurring blood clotting put an end to his playing days, but still raked in almost $240 million.

When you think of flash and excitement, Paul Millsap's name is probably not the first one that comes to mind. After all, the 14-year veteran went to Louisiana Tech, a college not exactly renowned for their basketball prowess. And he was taken 47th in the 2006 NBA Draft, a mid-second round selection that generally wouldn't turn many heads. Despite being generally out of the spotlight, Millsap has put together an impressive career.

He made the All-Rookie Second Team in 2006, the start of a consistently solid presence on the court. After seven seasons in Utah, he joined the Atlanta Hawks, which is when things really took off. He made all four of his All-Star appearances over the next four years putting up his best scoring and rebounding numbers while with the Hawks. His strong play earned him a $90 million deal from the Denver Nuggets in 2017. That deal expires after this season, so Millsap will try to get one more big contract as he nears the end of his career.

As far as career awards go, Mike Conley's trophy shelf is pretty bare. He made the All-NBA Defensive Second Team in 2013, but that's been his only accolade in the league. He's a great teammate, though – he's won the NBA's Sportsmanship Award three times and won last season's Teammate of the Year award – and that can pay the bills just as well as strong play.

Conley earned a five-year, $153 million extension from the Grizzlies in 2016. At the time, it was the largest contract in NBA history. He was traded to the Utah Jazz this offseason and will surpass $200 million before his deal is up. Though his numbers dipped, he was still a big part of the team. And here's a fun fact: Conley has never received a technical foul. 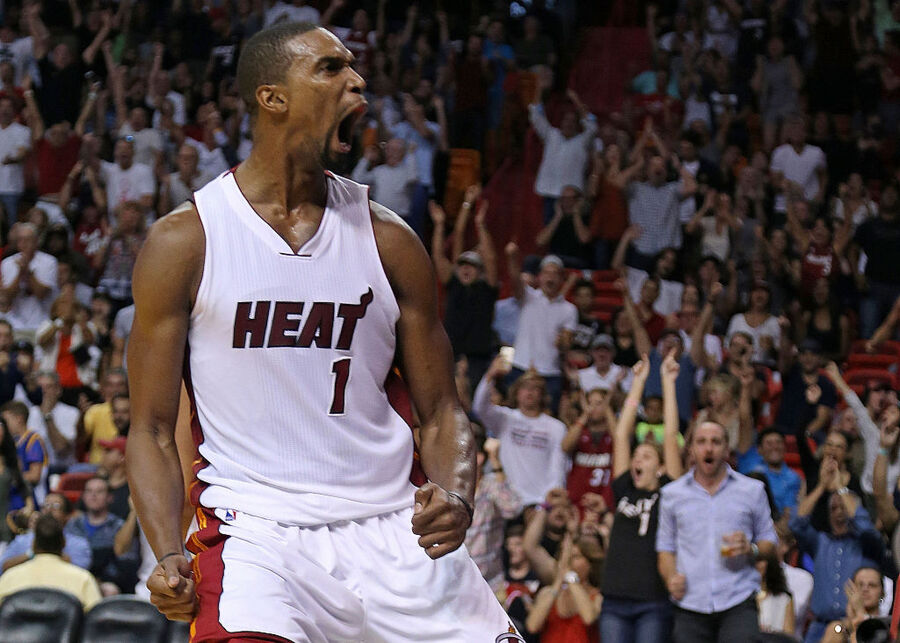 Nicknamed "Agent Zero," Gilbert Arenas had a few fantastic seasons in the mid-2000s. He made three-straight All-Star Teams from 2005 to 2007, earning two All-NBA Third Team awards and one All-NBA Second Team nod. He tore his ACL the following season, playing in just 13 games. Nevertheless, the Wizards rewarded him with a six-year, $111 million deal.

That contract proved to be cumbersome, as the following year Arenas brought unloaded guns into the Wizards' Verizon Center locker room and was suspended by the league. Arenas played in only 121 more regular-season games over five seasons after receiving his contract extension. He was traded to the Orlando Magic along the way, and eventually became the first player released through the league's amnesty clause. In total, he spent just 11 seasons in the NBA.

Juwan Howard only made more than $20 million a year once in his career, but he's a walking example of the power of longevity in the NBA. The former Fab Five star spent his first seven seasons with the Washington Bullets/Wizards, then made his way around the league, making stops in Dallas, Denver, Orlando, Houston, Minnesota, Charlotte, Portland, and Miami.

Though his career spanned nearly 20 years, Howard made just one All-Star team. He also won two championships in his final two seasons, putting a nice cap on a lucrative career.

Up until 2017, the most J.J. Redick had made in any single season was a shade under $7.4 million. But NBA teams crave good shooters, and Redick is one of the best. He's hit at least 42 percent from three-point range in five of the past six seasons, including a league-leading 47.5 percent in 2015-16.

As a result, by the time his current contract is up next year, Redick – who has been in the NBA since 2006 – will have made more than half of his career earnings in the past four seasons.

Erick Dampier never made an All-Star team or an All-NBA team. He never won a championship, either, though he did play for both Dallas and Miami the year before they won their titles in 2011 and 2012, respectively. He never even averaged more than 12.3 points per game in a season, only hitting double digits in scoring twice over 16 seasons.

None of that matters, though, because Dampier still had a great NBA career, financially. His salary increased every year from 1996 through 2004, and then again from 2005 through 2010. Add it all up and he brought home $100 million despite not being anywhere close to a star.