Every year, there are roughly three million kids that dream of making it to the NFL playing in Pee Wee football leagues across the nation. Every year, fewer than 300 college football players see the dream become a reality on draft day.

So to say the chances of making it to the NFL are slim is an understatement.

Players lucky enough to get drafted should do whatever it takes to make an impact on the team – a positive one, that is. They should work hard on the field and be the greatest guy off of it. Whatever they do, they should not give the team any reason to cut him loose – like break the jaw of the starting quarterback like now-former New York Jets linebacker IK Enemkpali.

Enemkpali got into an argument with quarterback Geno Smith in the locker room Tuesday. It got physical and Enemkpali ended up breaking Smith's jaw with what has been called a "sucker punch." Smith will now be out for the next 6-10 weeks as he recovers from the injury. 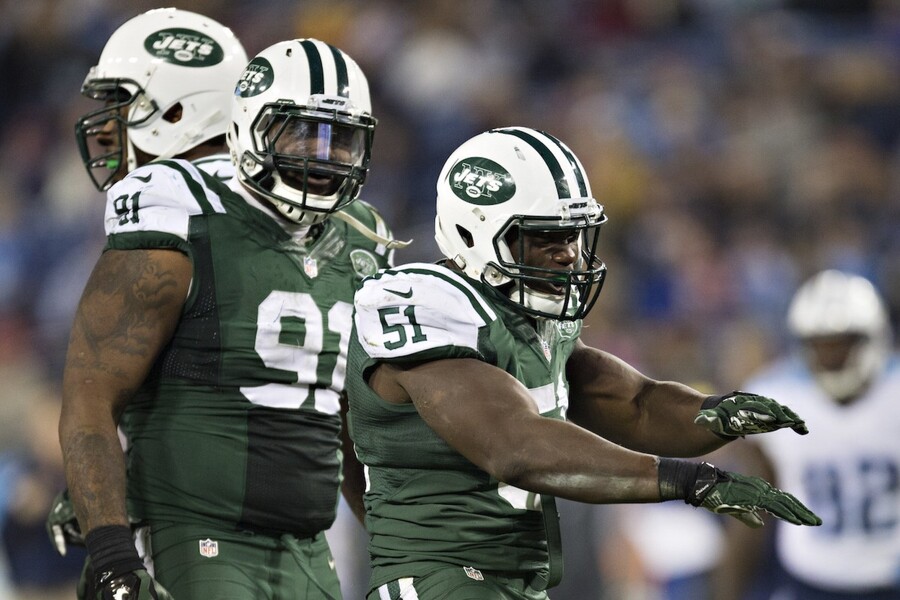 All that Jets head coach Todd Bowles would say is that the whole argument was over something petty and childish. As it turns out, Enemkpali had purchased a plane ticket for Smith to fly to Texas and attend his charity camp during the off-season. Smith lost a close friend days before the camp, and was unable to attend. Enemkpali wanted to be compensated for the cost of the ticket, Smith agreed, but had yet to pay him back.

Smith has made over $2 million so far during his career and will make another $1.368 million this season. Why was he taking so long to pay back a $600 debt?

Maybe that is why Enemkpali asked Smith about in the locker room. When Smith responded with a finger in his face, Enemkpali had enough and decked him.

If that is how it went down, you can almost understand why Enemkpali was angry to the point of violence. A millionaire shouldn't have that much trouble covering a $600 debt. On the other hand, Smith was doing him a favor and only couldn't because someone close to him had died. He had a pretty good excuse for not making it.

Circumstances aside, both players should have never let the argument get as far as it did.

After getting paid $439,670 last season, Enemkpali should not have been hurting for money. He should be able to get by just fine without the $600. At the least he could afford to wait until Smith could take care of it.

Now he is out of work after getting cut by the Jets.

With only 40 snaps to his career, there is not much film for other teams to review. It would not be shocking if Enemkpali were never to play again. No one wants someone that may hurt the team by decking one of its superstars. So while he may have what it takes to play in the NFL, he may not get a chance because he broke Smith's jaw.

So not only did this $600 cost him the $1.8 million he was due to make over the remainder of his contract, it could cost him any future earnings in the NFL as well.

As it turns out, IK Enemkpali's career may not be a done deal after all. His former coach, Rex Ryan who is now with the Buffalo Bills, went ahead and claimed off of waivers. Ryan had to go to bat for him with management to get the move approved, but if there is anyone that is going to believe in him and his potential it would be the guy that drafted him in to the NFL in the first place.

Enemkpali's career is not over so he is not out $1.8 million, but he may very well be out something before this whole mess goes away for good. There is a chance that he could face charges for assaulting Smith. Should that happen, the league will end up disciplining him for that by suspending him a number of games.

Regardless of whether any legal action is taken, he may still face a suspension under the league's personal conduct policy which after the Ray Rice mess now includes the following language: "[v]iolent or threatening behavior toward another employee or a third party in any workplace setting."

So according to the letter of the law, Enemkpali should be disciplined.