51 Amazing Facts From This NFL Season

The NFL is a pretty crazy thing. With around 1,700 players in the league, any one of them can go off to create something special. Contending with the hangover from the Olympics, the league still produced some pretty spectacular moments this season. In honor of Super Bowl 51, here are 51 mind-blowing facts about the 2016 NFL season.

1. Nine players had catches of at least 80 yards. Seven are wide receivers, one (Ezekiel Elliott) is a running back, and one (Travis Kelce) is a tight end.

2. Brandin Cooks had touchdown catches of 98 and 87 yards this season.

3. Frank Gore ran for 106 yards against the Houston Texans on October 16. That was the first time in three and a half years a Colts player rushed for more than 100 yards.

4. Jay Ajayi became the fourth player in NFL history with back-to-back 200-yard games, in Weeks 6 and 7. Amazingly, he rushed for more than 100 yards just four times this season, breaking 200 yards in three of those games.

5. The Patriots started more quarterbacks (three) than they had interceptions (two).

6. Each completion Brock Osweiler threw this season cost the Texans $64,285.

7. Drew Brees had no touchdown passes and three interceptions in both Week 13 and 14. It's the first time in his career he's done that in consecutive weeks.

8. In Week 13, both Brees' streak of 60 straight home games throwing a touchdown and Jason Witten's 130 consecutive games with a catch were both snapped.

9. Don't feel too bad for Brees, though. He's had 11 straight seasons with more than 4,000 yards passing, an NFL record. He also became the first quarterback to throw for at least 5,000 yards five times. 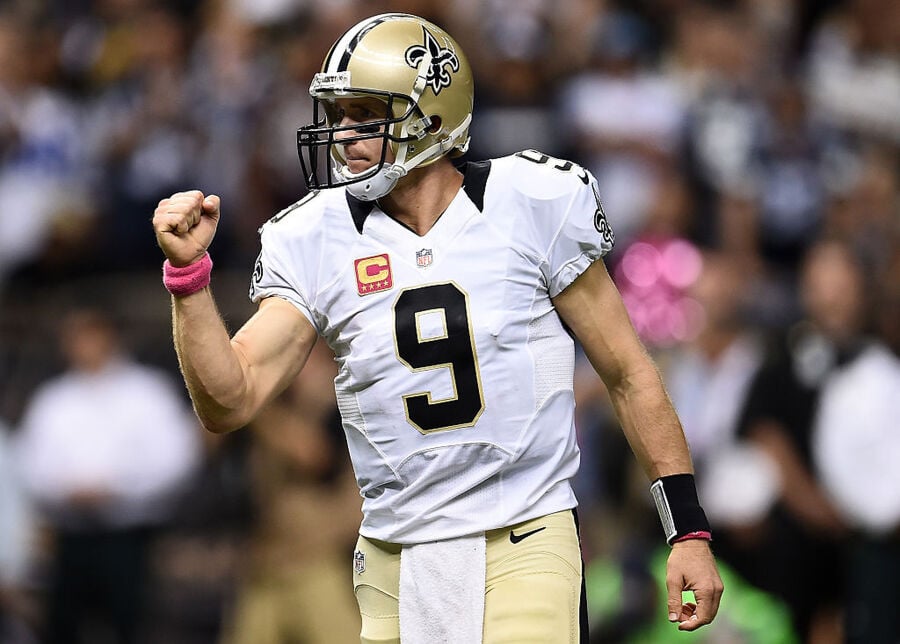 13. The Raiders set a team record for passing yards (513) and an NFL record for penalties (23) in the same game during Week 8 against the Buccaneers.

15. The Seahawks 38-10 loss to the Packers in Week 14 was the first time in more than five years Seattle lost a game by more than 10 points.

16. Seattle's Tyler Lockett had a touchdown run of 75 yards and a touchdown catch of 57 yards. Those were his only two scores all season.

17. In the Week 14 matchup between Pittsburgh and Buffalo, Le'Veon Bell had more scrimmage yards (298) than the entire Bills offense (275). 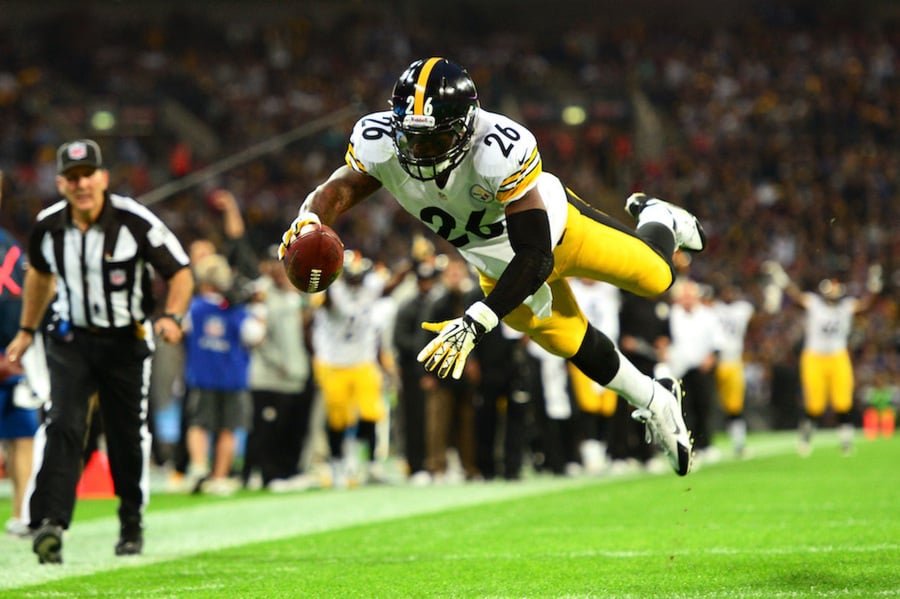 18. This may be a result of quarterbacks avoiding throwing in their direction, but none of the ten highest-paid cornerbacks finished among the top 20 defensive players in interceptions.

19. In Week 15, Marqise Lee returned a kickoff for a touchdown. It was the first time a Jaguars player did that in 149 games.

20. Philadelphia's Malcolm Jenkins has returned six of 13 interceptions for touchdowns in his career, an NFL record rate for players with at least 10 interceptions.

21. Antonio Brown became the second receiver in NFL history with four consecutive seasons of 100+ catches. He joins Marvin Harrison on that list.

23. Frank Gore became the first player ever to have at least 1,200 yards from scrimmage in 11 straight seasons.

24. Each Tony Romo touchdown pass was worth $8.5 million.

25. Reggie Bush became the first player since the AFL-NFL merger in 1970 with 10 or more carries and negative yardage (12 carries, -3 yards). 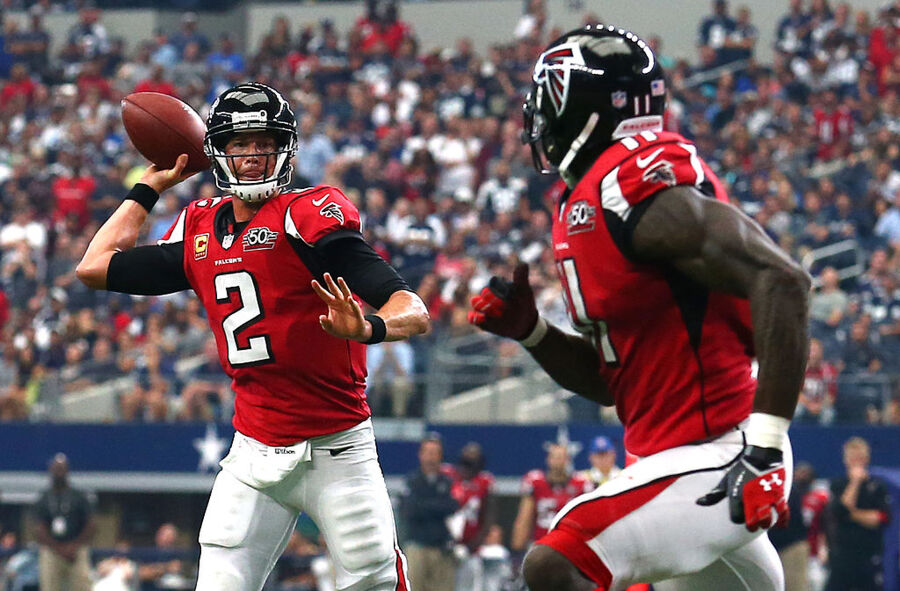 26. Of the top 14 offenses in the league, only six – Atlanta, Dallas, New England, Oakland, Pittsburgh and Green Bay – made the postseason.

27. And while the ol' "defense wins championships" adage will continue to be preached, again, only six of the top 14 defenses made the playoffs.

29. David Johnson had 100 yards from scrimmage in his first 15 games this season.

30. Matthew Stafford orchestrated eight game-winning drives this season, more than any other quarterback. Based on his salary, each one was worth $2.125 million.

31. Jameis Winston became the first quarterback ever to throw for 4,000 yards in consecutive seasons to start his career.

32. Dallas converted 88.9 percent of their fourth-down conversions, tops in the NFL.

33. Meanwhile, Miami went 0-for-4 on fourth down, for a grand total of zero percent. 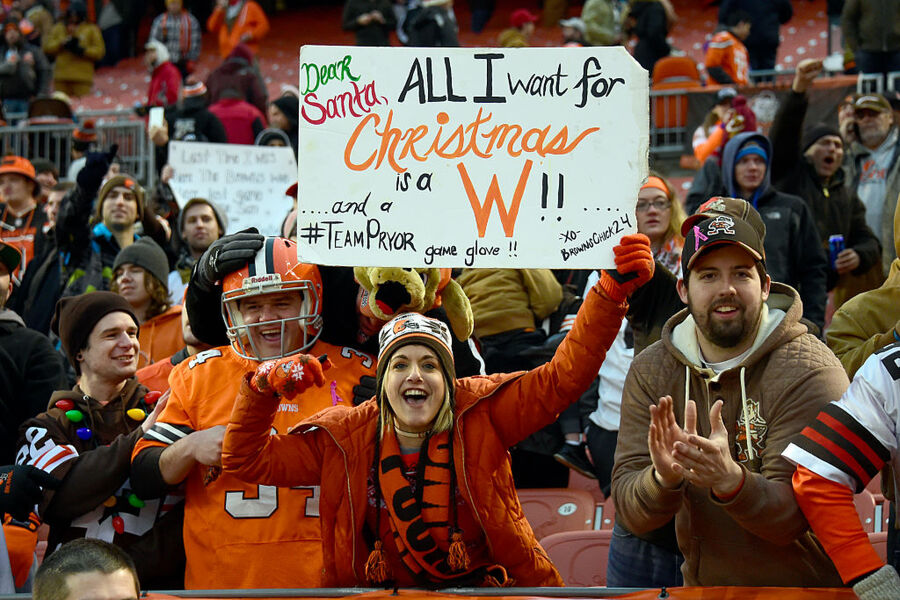 34. The Browns had their bye in Week 13. Up until that point, no opponent had scored less than 24 points. On the year, only two Cleveland opponents didn't reach the 24-point mark and one (Cincinnati) just missed it by one point in a 23-10 victory.

36. Of the eight teams with the highest payrolls, six missed the playoffs.

37. The Vikings and Chiefs each had three kickoff or punt returns for touchdowns, 22 teams had zero.

39. In 25 percent of the Bears games this season, they scored zero second-half points.

40. Landon Collins had a four-game stretch with at least one interception per game. He played the entire season for the Giants but those were his only games with a pick.

41. Adam Vinatieri made a record 44 consecutive field goals before finally missing in Week 11. 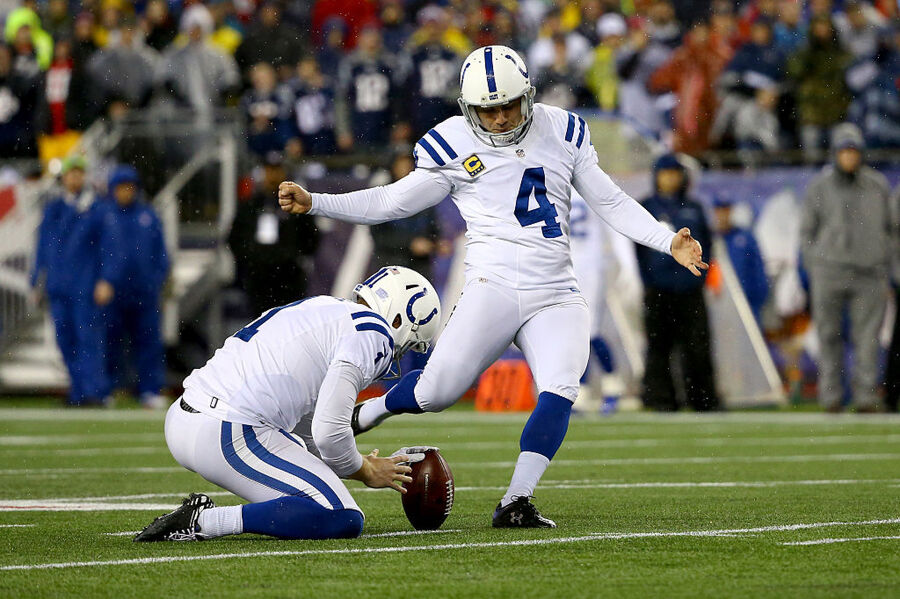 43. The Lions trailed in the fourth quarter of 15 of their 16 games. In fact, through Week 12, they had trailed or were tied in the final two minutes of every game. All of those games were decided by seven points or fewer.

44. The Jaguars had a stretch of five straight games with zero takeaways.

45. Odell Beckham Jr. amassed 3,500 total yards in just 36 games – the fastest ever to reach that milestone.

46. The Panthers had a 20-play drive against the Chiefs that ended in a punt. That's something that hasn't happened in 18 years.

47. The Broncos blocked an extra point against the Saints in Week 10 and returned it for two points. It was the first time in NFL history that such a move accounted for a game's winning points. Three weeks later, the Chiefs returned a two-point conversion for the winning score against the Falcons.

48. The most expensive offensive line in the league? The Oakland Raiders, who produced the 21st-ranked rusher (Latavius Murray) and the 14th-ranked passer (Derek Carr). The Dallas Cowboys, who blocked for the league leading rusher (Elliott), are 18th at just over $21 million. The New Orleans Saints, who helped produce the top passer (Brees) are 24th.

50. 2016 was a rough year for Carsons in the NFL. Both Carson Palmer and Carson Wentz led the league in fumbles, with 14 apiece.

51. The Bears and Jets each had a -20 turnover differential, which means on average they had 1.25 more turnovers per game than their opponent.