During his junior year, Jalen Hurd was just 441 yards away from becoming the Tennessee Volunteers all-time leading rusher. But then Hurd made a decision to switch to wide receiver. He transferred to Baylor, playing one year there before entering the draft.

It was a bold decision – but it also might be one that makes Hurd millions of extra dollars.

Hurd signed a four-year, $3.6 million deal with the San Francisco 49ers. That's a fairly modest contract, but in the long-term, Hurd's move from running back to wide receiver could potentially be a lucrative one.

Suddenly, that average jumps to $6,003,031. By the time Hurd is due to receive his second contract, the average will probably be even higher.

For running backs, their average 2019 salary is $1,524,515. Again, this is counting those players making the league minimum, or fringe guys who won't see the field very often. Let's give Hurd the benefit of the doubt and say he'd be in the top 100 running backs.

With that sample size, the average NFL running back still only makes $2,228,119. That's a pretty significant difference between receivers and running backs! 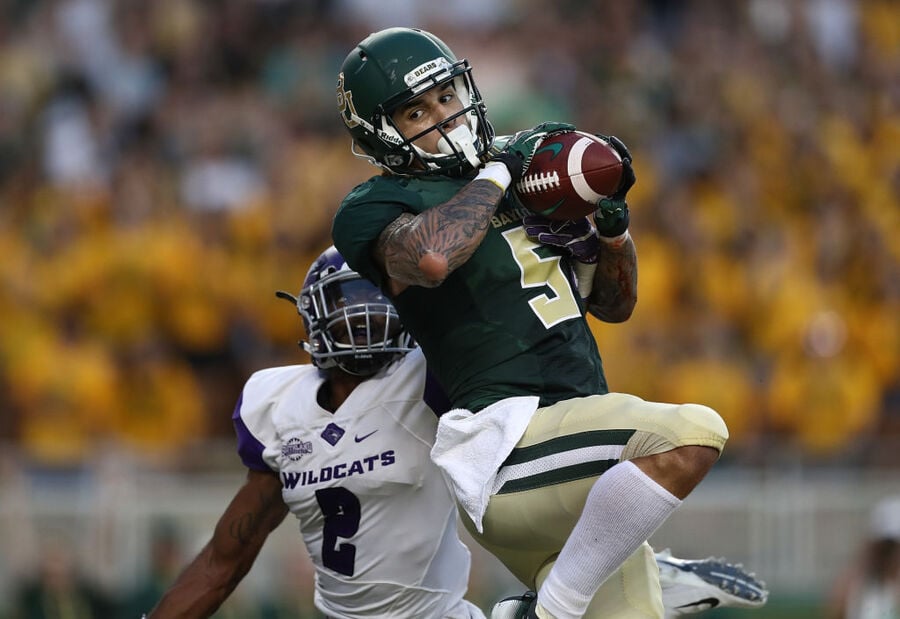 Let's say Hurd plays well enough to earn himself another four-year contract in 2023. And let's assume that both the average wide receiver and running back salaries have increased by 20 percent over that timeframe (which may even be too modest of an estimate).

To take things even further, we can look at the average careers of wide receivers versus running backs. There have been a few deep dives into career spans, though those numbers can be skewed for a variety of reasons. Many wide receivers and defensive backs, for example, are only practice squad players. Or perhaps they only play on special teams or in rare situations. Those guys are often out of the league within a year or two if they can't land a spot on a roster.

Instead, let's look at NFL players from 2000 to 2018 with at least 2,500 yards from scrimmage. Granted, this list includes players that are still active, so their careers could last any number of additional years. But the average wide receiver career is a full year longer than a running back. A mildly productive receiver spends a little more than eight years in the league compared to about 7.1 years for a running back of the same production.

Let's give Hurd another year, just for longevity's sake. He's now making $22.6 million more as a wide receiver than he would if he stayed as a running back. And if he ends up being a top receiver in the league, that number would climb even higher.

Hurd and the 49ers have both discussed using him as sort of a "positionless" player. He'll take the majority of his snaps at wide receiver, though he'll spend some time at running back and tight end. But even by simply not playing every down at running back, he's avoiding a severe toll on his body.

Hurd had the opportunity to be a legend at the college level. Instead, he chose financial security and likely better long-term health at a comparatively less punishing position. It's hard to blame him – now let's see just how much more he can earn.