The life of an NBA player can be glamorous. You get paid millions of dollars to play a game, and it comes with fame, endorsement deals, free gear, and a whole lot more. But if you're not a superstar, those contracts aren't nearly as big — and that money can disappear pretty quickly.

Sometimes, that lack of money turns into desperate measures to save on spending.

The office accused the former players of submitting false claims for medical, dental, and other healthcare treatments, getting reimbursed for care they never received. The players took home about a collective $2.5 million in total. 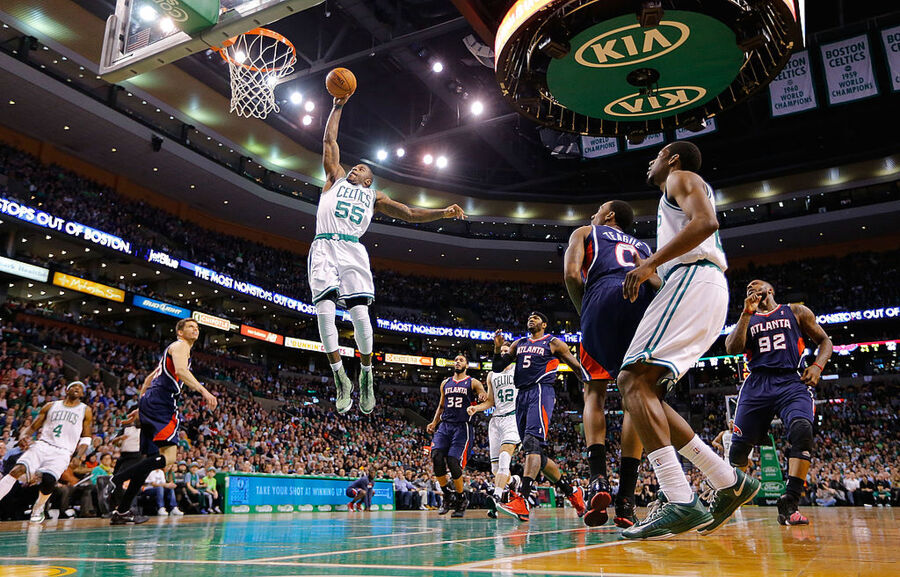 Terrence Williams (#55) dunks during a game with the Boston Celtics. (Jared Wickerham/Getty Images)

All the players involved have been charged with conspiracy to commit healthcare fraud, which could equal up to 20 years in prison. Williams was also charged with aggravated identity theft.

According to prosecutors, Williams obtained fraudulent medical and dental invoices from 2017 to 2020. He sent those invoices to the other players, who then submitted fake claims to the NBA's healthcare fund. The plan—which is funded by NBA teams and designed to support players' health and well-being during their playing days and after retirement—paid the claims, believing they were real.

Williams made around $230,000 from the defendants, and also allegedly reviewed some claims before they were submitted. His identity theft charge comes from pretending to be a plan manager when another player didn't give him a kickback.

The healthcare fund reimbursed Allen $420,075 and Telfair $358,356 for chiropractic and dental services they claimed. After it realized the claims were fraudulent, the fund retroactively denied the payments. Allen paid back all but $70,000 of the money he received, while Telfair didn't return any money.

In many cases, players were submitting claims detailing the same types of services from chiropractors and dentists. Sometimes, the notes were written from medical practices with the explanation that the players were there for injury treatment. However, the letters weren't always on official letterhead and included spelling and grammar errors, including one player misspelling his own name. And the players weren't where they said they were—sometimes staying in a different state entirely from where their alleged treatment took place.

The indictment says the claims were for fake medical expenses worth between $65,000 and $420,000. As the case is ongoing, the charged players may have to repay the money and could be looking at substantial jail time.