14 Years Ago, Allen Iverson Signed A Reebok Deal That Came With A Very Unique Trust Fund

By Travis Pulver on December 2, 2015 in Articles › Sports News

Athletes are known more for making poor financial decisions more than for making good ones. There are countless stories online about guys who lost millions of dollars, thanks to bad investments, corrupt advisers, and extremely wasteful spending.

But from time to time, we hear about something an athlete did that was actually kind of smart. As shocking as it may seem about a guy whose wasteful spending habits are the thing of legend, Allen Iverson is one of those guys. 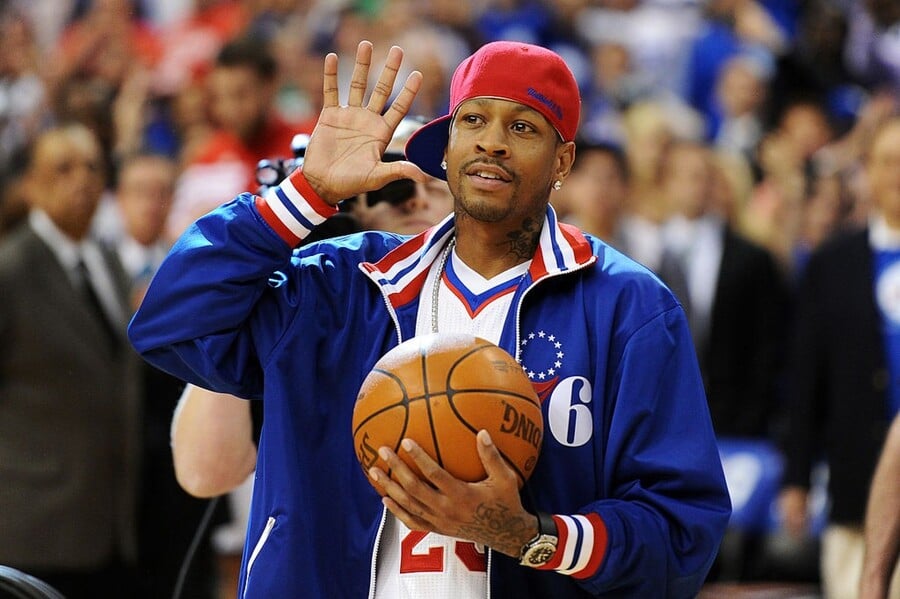 Fourteen years ago, he signed a deal with Reebok that would make sure he would be able to live life as he chose when he got close to retirement age. When he turns 55 he will have access to a $32 million trust fund that the shoe giant set up for him when he signed a deal for life with them many years ago.

Should he fall victim to financial hardship in the meantime, there was another provision attached that will pay him $800,000 a year. For a guy that was supposedly losing $200,000 a month, according to paperwork filed when he got divorced in 2013 that wouldn't last long, but should he be able to get his spending under control he'll be just fine.

As good as the Reebok deal is, he still managed to find a way to screw it up. Back in 2010 he came to an agreement with his wife, Tawana, in hopes of keeping the marriage alive. In it he agreed to give up the $32 million trust fund if he violated any one of a list of terms:

That didn't work, and in 2012 the two began divorce proceedings. When the divorce became final in 2013 she took control of the trust since he violated the agreement. However, she ended up taking pity on her ex-husband and agreed to let him have half of the trust fund when she gains access to it in 2030.

How he is going to get by until then remains a mystery. During his playing days he made over $154 million, but has since squandered it all while living the high life long after he was done playing (and without much of an income coming in).

He should be able to get by on the $800,000 he gets every year from Reebok, but it appears that he still hasn't learned how to control his spending. Iverson told the judge during his divorce proceedings back in December 2012 that he is only making about $62,500 a month, and has expenses of $360,000.

So while he'll be in the money when he turns 55, there is no telling what sort of financial condition he'll be in when he gets his hands on his half of the Reebok trust fund.