The 12 Richest Tennis Players of All Time

By Travis Pulver on September 12, 2015 in Articles › Sports News

If you want to make money in sports, people typically think of boxing (as long as your name is Floyd Mayweather), Formula 1 racing, soccer (not in the United States), and of course the big three professional sports in North America: football, baseball, and basketball.

Tennis is not typically a sport that springs to mind as a way to make massive amounts of money. But in reality, hitting a little yellow ball back and forth over a net has made many people very very very rich. Of course the truly rich tennis players did not just make their fortune playing tennis. They made their money off the court from endorsements.

And here's a little fun factoid for you: Did you know that the richest athlete of all time is a former tennis player? Believe it or not, this person is richer than Michael Jordan and Tiger Woods… combined! 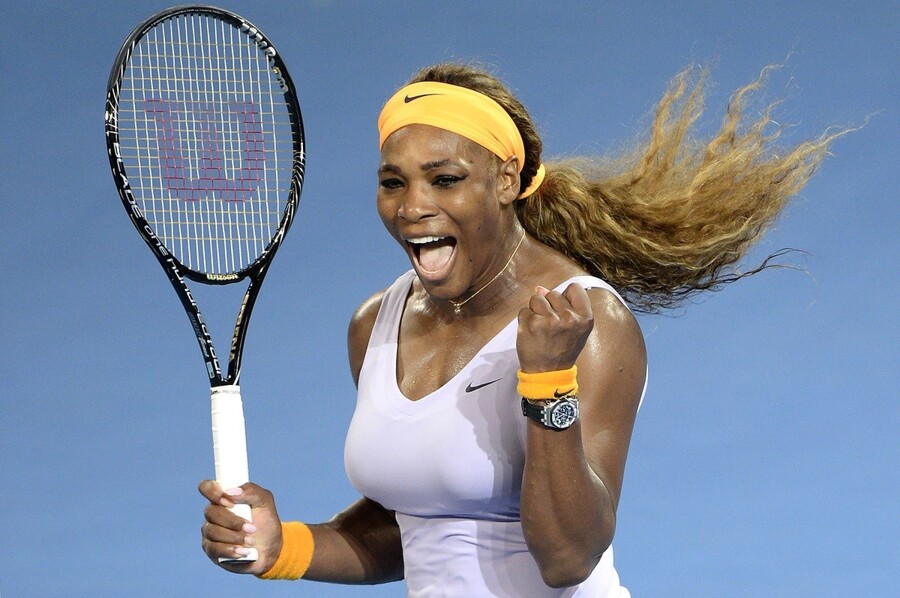 Below is a list of the top 12 richest tennis players of all time:

#12. John McEnroe ($50 million): the former No. 1 player in the world only made about $12.5 million during his days on the court, but his personality allowed opened the door to some endorsement opportunities and television/movie gigs long after he quit playing tennis

#11. Anna Kournikova ($50 million): She only made about $3.5 million in on-court earnings, but thanks to her beauty and time on the court she was able to do quite well with endorsements even though her health forced her to stop playing at the age of 21.

#10. Andy Murray ($70 million): He has yet to be ranked No. 1 in the world, but is currently the No. 3 men's tennis player in the world. Known for being consistently good throughout his career he has made a good amount of money on the court as well as off. He is currently making around $7million in endorsements and will become only the fifth player in the history of the game to surpass $40 million in career earnings this year.

#9. Venus Williams ($75 million): Her sister may get the bulk of the attention, but she is not half bad herself. She turned pro at the tender age of 14, and has been ranked No. 1 on three occasions during her career—so she isn't too shabby either.

#8. Rafael Nadal ($120 million): Long known as "The King of Clay" for his prowess on clay courts, his game became one of the best every when he finally evolved in to an all court threat. He holds the distinction of being one of two guys to win a pair of Grand Slam titles on three different surfaces—hard court, grass, and clay.

#7. Novak Djokovic ($120 million): The Serbian national is the current No. 1 player in the world, and has made over $83 million in on-court winnings since going pro in 2003. So assuming he does not suddenly forget how to play he will eventually climb higher on this list.

#6. Maria Sharapova ($125 million): The Russian beauty is known more for being gorgeous than she is for her backhand, but she is an excellent tennis player too. She first became No. 1 in the world when she was 18 and has since held the spot four other times since for a total of 21 weeks. She is currently the No. 3 women's player in the world.

#4. Pete Sampras ($150 million): He played during a time where the money was nothing compared to what it is now. Even though he finished the season ranked No. 1 for six consecutive years (1993-98) he finished his 14-year career with $43.28 million in on-court earnings.

#3. Andre Agassi ($175 million): Like Sampras, Agassi didn't make the bulk of his fortune on the court with just over $31 million in on court earnings during his career. However, like Sampras he has been able to parlay his fame in to endorsements and some wise business investments.

#2. Roger Federer ($320 million): No one has made as much as Federer has on the court during his career ($90 million+). He has also been highly sought after by sponsors where he made enough last year ($58 million in endorsements and $9 million in on-court earnings for a total of $67 million) that he ranked fifth on the Forbes list of highest paid athletes in the world.

#1. Ion Tiriac ($2 billion): Known as Count Dracula (because he was born in Transylvania, Tiriac was a hockey player first. He was part of the Romanian national time during the 1964 Olympics, but shortly after switched to tennis. He made it as high as No. 8 in the world. After retiring in 1979 he got in to the business world where he really made his money. In 2007 he became the first Romanian to officially be crowned a billionaire.